The Burden of Virtue

Solemnity of Christ the King. Fr Mark Edney prays for the coming of a Kingdom no eye has seen, and no human heart has imagined.

Today we celebrate the Solemnity of Christ the King. We must be on guard against taking this feast the wrong way. This is no nostalgia trip back to an age of royal prerogatives, court pageantry, and kingly almsgiving. This feast is not looking back at all but forward to something we have never seen.

If Christ is a king, his is the poorest of kingly images. No court, no palace, no riches—not as those are understood in this world.

Of course for this king, as for others, there are always plenty who would flatter him with their attentions, seeking to curry favour and thus gain their rightful place in a kingdom of their own imagination. Remember James and John wanting to sit at his right and his left? (Mk. 10:37) Neither was to be found when their king was on trial for his life.

The 18th century French writer Montesquieu tells a story of a people called the Troglodytes who killed their king of ‘foreign origin’ because he had been too severe in confronting them over their wicked ways. The regicide Trogs then descended further into a life of greed and self-interest — every Trog for himself! — until famine and disease decimated the whole population save two men, ‘lovers of virtue,’ and their families. Only this remnant survived because of their upright ways. We’re told that when they worshipped their gods they did not pray for wealth and abundance; instead they asked for health, unity and love.

It’s not all that different in the Gospel. Those who believed Jesus to be a king deserted him when he revealed the truth about his kingdom. Those who would not acknowledge Jesus as a king but feared he might be a king like no other, dressed him up as one, and finally they did what people always do with their leaders when they don’t hear what they want to hear from them: they killed him.

There remains only the remnant here too, the lovers of virtue. The strange thing is that they don’t even realise that they are part of this poor man’s kingdom.

These are hard-times for the reward-seekers. At least if what you seek are mountains of things. In a time of scarcity and crisis, it’s easy to condemn in retrospect the pseudo-kings on Wall Street or in the City of London, or their allies in the corridors of power in one country and another.

The quick-fix solution will be to exercise the right permitted to us all by another 18th century writer, Thomas Paine, to ‘cashier kings’ and to make and unmake governments. But becoming a pseudo-regicide does not a virtuous man make. The Trog in each one of us condemns us as all the others.

They are always hard times for the virtuous. In Montesquieu’s story, even the remnant grew weary of the hardship of virtue, of the ‘burden of uprightness’. They wanted to hand this burden on to another and so elected yet another king. The sad old story of this world’s kingdoms was only to begin all over again?

Christ the King on trial for his life said his kingdom was not of this world (Jn 18:36). So much misunderstanding of these words! It is only not ‘of this world’ so long as we continue to substitute a kingdom of our own imagination for the reign of God.

So long as we expect others to assume for us the burden of the virtuous life. Now more than ever, and for a change, we should pray earnestly as our poor king taught us to pray: ‘thy kingdom come’. What will it look like?

Not like any king or kingdom this world has yet known. 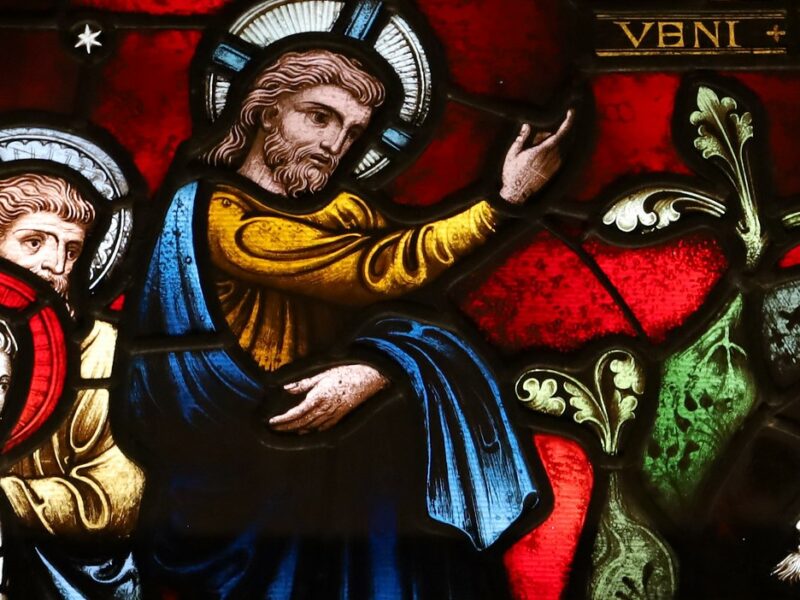