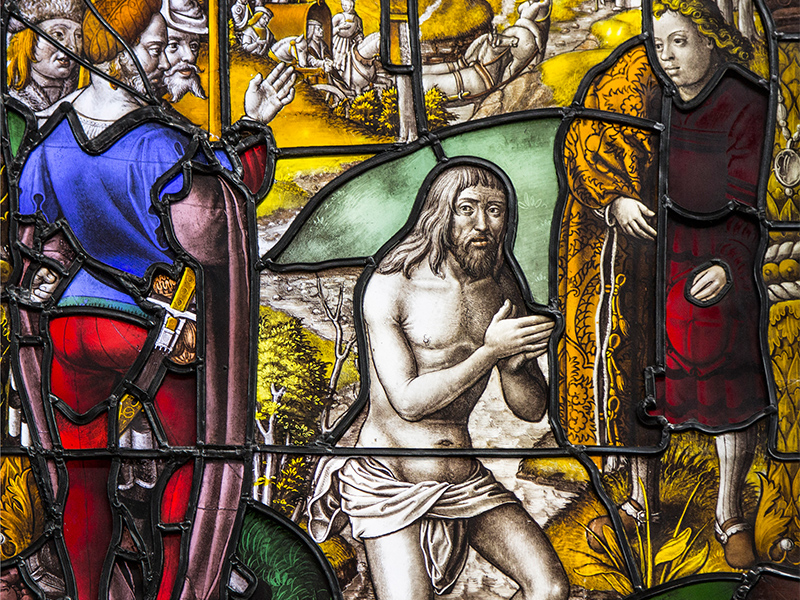 The Friends of Lepers

Twenty-Eighth Sunday of the Year (C)  |  Fr Euan Marley focuses in on the real hero of the story of Naaman the leper.

Some years ago, Barbie issued a new doll, Barbie’s friend Becky, who was confined to a wheelchair. She was advertised as Barbie’s friend in a wheelchair. Having a friend in a wheelchair was the ultimate accessory for any young teenage girl, wishing to feel good about herself. There is a trap here. When we try to be a friend for the sake of our own self-esteem, there is no real friendship, because there is no mutual gratitude for having a friend.  We can see that in school, with someone who makes a great deal of effort to be welcoming to someone who is mutilated in some way, but is nasty to someone who merely fails to fit in. It is one of the difficulties that people with deformities have, that they feel there is something forced about the friendship they are offered. One of the tests of true friendship, is that we can’t quite remember why we became friends in the first place.

Today’s Old Testament reading and Gospel are about lepers. Lepers, not leprosy, since both readings are about people, not the characteristics which threaten to define them. The first reading about Naaman the leper is a fascinating character study but before I say something about it, I would like to make a suggestion about the Gospel and the ten lepers. Our Lord meets them walking in the middle ground between Samaria and Galilee. The Greek word is middle, not border as the Jerusalem Bible has it. That’s where the lepers would find themselves, outcast from both the Samaritans and the Jews of Galilee. We are not told how many of them are Samaritans, but as outcasts, they are forced to live together, outside of their own lands. So here is my suggestion. The one who comes back to give thanks to Jesus, may also be thanking him for something else. Understanding that this man Jesus was more than a healer, that somehow he had always been in charge of his life. He realised that the days when the Samaritans and Jews cared for each other, fellow outcasts, but people who had been forced to overcome the bitterness that divided the Samaritans and Galileans, were themselves a kind of blessing. Our Lord sent them to their priests, different priests, from their respective cults, and so those days were over. Perhaps the one Samaritan who thanked Jesus was aware that, glad as he was to be healed, something special had been lost.

Now for Naaman the leper, healed of his leprosy in the waters of the Jordan, through the prophet Elisha. In the full account, well worth reading, Naaman is described as a mighty warrior, though he was a leper, in most translations. There is no word for ‘though’ in the Hebrew. Perhaps he was a mighty warrior because he was a leper. His leprosy cut him off from human connections, so he had given himself over to the will of another, the king of Aram, because nothing mattered to him in his own life. Despair can sometimes cause us to throw ourselves into meaningless activity.

Naaman had come to Israel because of the suggestion of the slave girl of Naaman’s wife. This little girl was taken prisoner by the Arameans, and was now a slave, yet she shows compassion for this master, whom she had no reason to care about. Naaman is allowed to go to Israel by the king of Aram. You get the impression that Naaman, for all that he was a warlord, was someone who inspired a lot of love. Naaman has to struggle to be cured. The king of Israel, seeing the letter from the King of Aram, thinks it is a diplomatic trap. Naaman himself does not trust Elisha’s instruction to wash in the waters of Jordan. Yet he does so, and is cured. His flesh becomes like a little child, but the Hebrew words used here, are the same words as those used to describe the little slave girl. She is the real hero of the story. Naaman is cured in his flesh, but now he has gained something of the pure unselfish love of the little slave. I doubt she stayed a slave for long.

Photograph by Fr Lawrence Lew OP of a stained glass window in the Victoria & Albert Museum in London depicting Naaman the leper. The window is from the cloisters at Mariawald, a Cistercian abbey, c.1510-30.