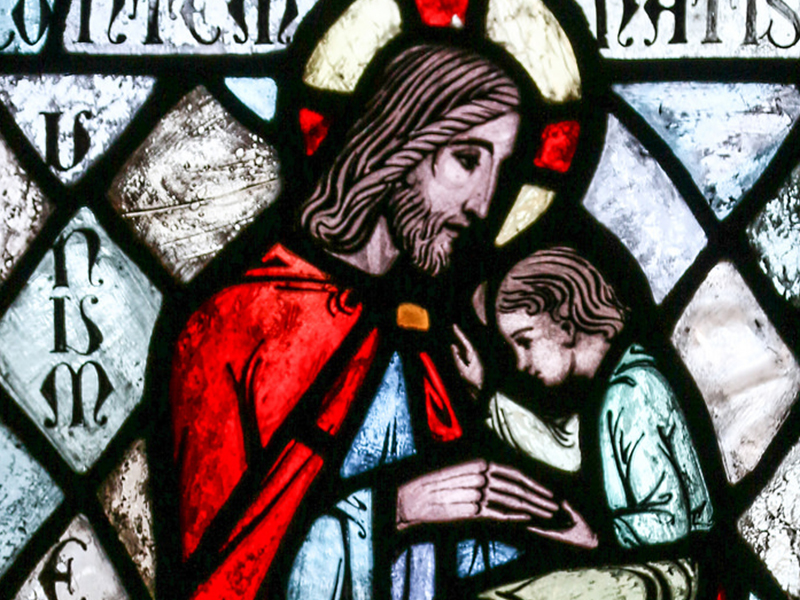 Torch
Home  /  Torch  /  The Power of the Contemptible

The Power of the Contemptible

Twenty Fifth Sunday in Ordinary Time (B)  |  Fr Colin Carr urges us to consider the unlikeness of God to any human images we might have.

The first reading, from the Book of Wisdom, speaks of a community of “the godless” planning to gang up on a tiresomely virtuous person who questions their standards; perhaps the godless are Jews in Alexandria, where the book may well have been written, who have accommodated too comfortably to the Greek-style culture of that city and find that their fellow-Jews who are more distinctively and traditionally observant of their Jewish heritage, make them feel uncomfortable. With whom do we identify? Presumably the writer would hope that the reader will be on the side of the virtuous person, but it might be worth imagining the process whereby we could identify with the godless by the force of cultural assimilation, of the peer pressure which doesn’t only operate on schoolchildren but on any community of adults. It’s shocking that groups of people should talk and behave in the way they do in this reading, but it’s not altogether surprising, and to stand over against such a group requires a decision and a commitment which don’t come automatically – and a conviction that there is a Power which enables a non-violent steadfastness to be meaningful and triumphant.

The same discord between the godless group and the virtuous person is seen in the Gospel passage:  Jesus tells his disciples that he will be helpless (handed over to others) and murdered and will rise to life. In today’s Gospel reading there seems to be no reaction except incomprehension; in Mark’s gospel the disciples  are very slow to understand what Jesus is saying, and they sometimes got a hefty rebuke from the Master for being so slow; no wonder they didn’t dare ask him what he meant; in last week’s Gospel at least Peter objected, showing he had listened to half of what the Master had said, though he got called Satan for his pains. In today’s they simply change the subject, providing an object lesson in the disharmony that James describes in his letter (This is one of the Sundays when all three readings are closely related to each other). The godless in the Wisdom passage were at least all agreed with each other, but the disciples were in total disagreement with each other because each seems to have been consumed by irreconcilable private ambition.

So we have three contrasts – between the godless and the virtuous, between the wisdom from above and the “wisdom “ of selfish ambition, and  between the way of the cross and the way of – well, selfish ambition. But these are not exercises in ethics: they pose the question: “What kind of God do we encounter in the Bible?” This is not the same as asking “What is God like?” St Thomas Aquinas warns us that we can be sure THAT God exists, but we cannot say WHAT God is like: the Bible shows us a God whom we discover in unlikeness. God is not in our image, is not like the idols who have mouths but do not speak (our God does not have a mouth, but speaks the Word which is truth); God is not our ideal Champion who defeats the opposition. Jesus shows us a God who is with the contemptible, who triumphs in the resurrection through rejection, humiliation and death. God’s greatness is shown in service and humility; above all it is shown in a little child.

For Jesus children were very important: he got livid with his disciples (those poor, dim-witted disciples) when they tried to prevent children being brought to him for him to touch them; and in today’s Gospel he takes a child and shows the disciples what it means to welcome God. Why does Jesus see little children as heirs of the kingdom, as icons of our encounter with God? We often try to work out what characteristic of children makes them suitable for their role in the Gospels: maybe their innocence, or their simple trust in their elders, or their affectionate nature; but you can pick holes in any positive feature – children are not all innocent or trustful or affectionate. Explaining why Jesus saw them so positively is rather like explaining a joke: if a person hasn’t got the joke, no amount of explanation is going to help. Jesus invites us simply to “get” it when he speaks about a child as his representative, as heir of the Kingdom of God. It is precisely in the unlikeness to anything human thinking might want to say about God that little children are a suitable icon.

We began by considering how it might be possible to see ourselves succumbing to the pressure to join the godless in their contempt for the virtuous person; it might be a good exercise at the end to ask how we might be converted to Jesus’ view that to welcome a little child is to welcome him, and therefore to welcome the one who sent him.