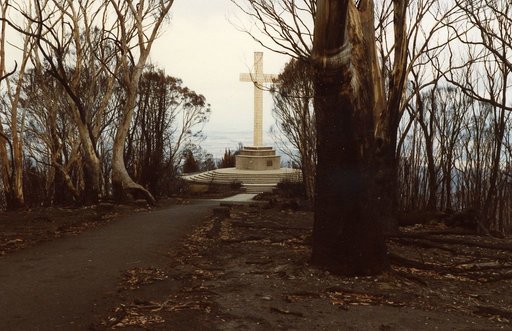 By Br Bede Mullens, O.P. | If Lent is a time for contrition, to feel down-broken by the
weight of our sins and to do penance to show it, it is also a moment to let
ourselves be re-fashioned by the God who gave us life and promises us victory
over sin and death.

“Remember, man, that you are dust; and to dust you shall return.”

When God makes man, it is as if the work of creation is begun again: God goes back to the dust, the plainest and most unpromising stuff one finds about, and he forms it specially into something after his own image and likeness. Dust as such carries all the marks of disintegration and chaos: it has almost nothing to say for itself, and scatters, a thousand and more particles, at the faintest puff of wind. In the Old Testament, to speak of dust is to speak of sin, sickness, hunger, toil and mortality. Over a quarter of the occurrences of the word in the Old Testament are in fact found in the Book of Job, a work concerned with one man’s misfortune and the mystery of inexplicable suffering.

Because he is dust, man is mortal; because he is made in the image and likeness of God, he is capable of receiving immortality. Interestingly, a great many myths about the creation of man both in and outside of the Old Testament carry a moral along these lines: in the beginning human beings are given a fundamental choice; or they are put through some trial; or else there is somewhere in the world a special gift of the gods that would confer immortality on whoever might find it. Sacred scripture insists that that choice, that rumour of life was not wholly lost with Adam; God returns to his people, to man whom he has made from the dust, and says to him: “See, I have set before you this day life and good, death and evil: choose life, that you and your descendants may live, loving the Lord your God, obeying his voice, and clinging to him; for that means life to you and length of days.” If the Law which Moses gave held such promise, how much greater is the promise of the grace that comes through Jesus Christ?

Our life is loving the Lord our God, obeying his voice, clinging to him. If dust is the threat of our annihilation, it is also the promise of our life, because God made us from the dust. The other major context in which we hear about dust in the Old Testament, as a matter of fact, is in the promises God makes to Abraham and later to Israel that he will multiply their descendants to be as many as the grains of dust, and that he will give them long life in the land, the land which first furnished the dust from which man was fashioned. In the New Testament, it is the resurrected body of Jesus – that glorified, sparkling dust which God has taken upon himself, that is the source of our hope. In several scenes of his Gospel, St John likes to remind us of the creative potential that is in dust, at least for Jesus, the God-man: the man born blind he heals by forming clay out of dust and his spittle, as God formed man from the dust of the earth; before he acquits the woman caught in adultery, the Lord scribbles in the dust of the ground – even as he inscribed the Law on stone tablets and on our hearts; even from the decay that has already set into Lazarus’ corpse on the fourth day after its burial, Christ is able to bring him back from the dead.

If Lent is a time for contrition, to feel down-broken by the weight of our sins and to do penance to show it, it is also a moment to let ourselves be re-fashioned by the God who gave us life and promises us victory over sin and death. Even now, in this mortal body, we can look forward to the hope that Easter holds for us. I close with some lines of Gerard Manley Hopkins:

Across my foundering deck shone

A beacon, an eternal beam. | Flesh fade, and mortal trash

Fall to the residuary worm; | world’s wildfire, leave but ash:

In a flash, at a trumpet crash,

I am all at once what Christ is, | since he was what I am, and