Fourth Sunday of Advent – Set apart for the Gospel of God

At the beginning of today’s Gospel, Joseph comes to what we might call the natural conclusion: Mary’s pregnant, he’s not the father … so a quiet divorce is the best solution. Now, as we hear in the first reading, the natural interpretation is not the only possibility: the Lord promised as a sign to King Ahaz that a virgin would conceive and bear a child (Is 7:14). Joseph probably knew this prophecy in the Book of Isaiah, but that doesn’t mean he immediately jumped to the conclusion that his fiancee was to give birth to the Messiah! Rather, it was only when the good news was announced to him by an angel – a messenger of God – that he was able to see things for what they really were. Having heard the angel’s good news, he is then able to act accordingly: he takes Mary as his wife, and calls the child Jesus, as he was told.
As we prepare to celebrate the birth of that child, then, what are we to learn from the example of Joseph? I think an important aspect to consider is the role of the angel in announcing the reality of the incarnation to him. Joseph had the Scriptures of the Old Testament, he knew the goodness of his fiancee, but nevertheless he needed to hear the news from a credible witness in order to appreciate the amazing, supernatural truth of the situation. 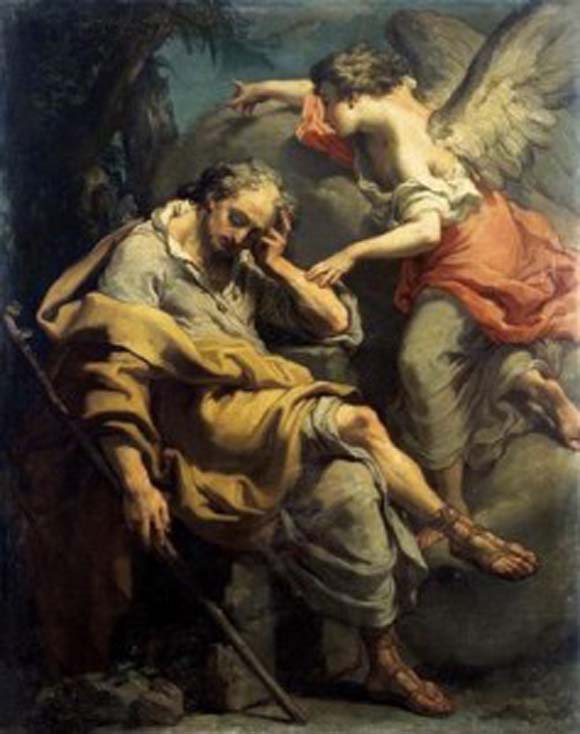 Now in the tradition received from the Fathers of the Church, we find extensive parallels drawn between the Church and the Blessed Virgin Mary. Both, in different ways, make the Word of God present in the reality of human lives – it is in the Church, as in the Blessed Virgin, that the Word is made flesh. Now, of course, in Mary the Word is made flesh by the great mystery of the Incarnation which we celebrate at Christmas; in the Church, this happens in the lives of Christians – of you and of me – those of us who, by the sacrament of Baptism, have been born of the Holy Spirit and who, especially by our participation in the sacrament of the Eucharist, live with the life of Christ himself. Filled with this divine life, we are to live in imitation of Christ and his teaching, and so make the Word of God a human reality in our own time.

Without a striving to live such a life, it doesn’t matter how well or how truthfully we proclaim the Word with our lips – we will not be taking part in its “incarnation”. However, today’s Gospel reminds us that preaching is still vitally necessary. Anyone can get hold of and read the Bible. Anyone can hear of and admire the goodness of a Maximilian Kolbe or a Mother Teresa, whose lives truly were conformed to Christ. But still there needs to be a further element: credible messengers who can show, as the angel did to Joseph, that these different aspects of the Church’s life do not depend on some merely natural explanation, but that ‘that which is conceived in her is of the Holy Spirit’ (Matthew 1:20).
So often – and understandably – those outside the Church see her as a purely human institution, and seek human explanations for the way she lives and acts. In the course of our attempt to live the Christian life, then, we must always be prepared to give the real – supernatural – explanation for the way we live, relating everything, as St Paul does in today’s second reading (Romans 1:4), to the child whose name is called Jesus, for he has saved his people from their sins (Matthew 1: 21).