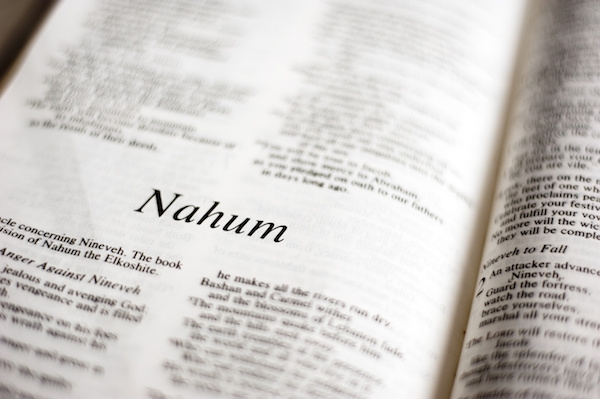 One of the books commonly neglected in the Bible is the Book of the Prophet Nahum.

Authored by one of the Old Testament’s Twelve Minor Prophets, the book is just a few pages long and focuses on one theme – God’s vengeance on those who afflict His people. Nahum’s name in Hebrew connotes comfort and consolation, which his prophesy aims to bring to people who have remained faithful to God in the face of grinding oppression. Something that makes Nahum unique as a prophet is that unlike the prophets who precede him, ones who point out Israel’s sins and call the Israelites to repentance, Nahum exalts single-mindedly in God’s wrath on those outside Israel who do wrong to God’s people. The vengeance of God reported by Nahum concerns the fate of Nineveh and the Assyrian Empire of which Nineveh was the capital, Nineveh having fallen around 612 B.C. at the hands of the neighboring Medes, Chaldeans, Scythians, and Cimmerians. The empire had long subjugated numerous nations and city-states across the ancient Near East. The Northern Kingdom of Israel, we should recall, had been invaded, conquered, and dispersed by Assyria in roughly 722 B.C. After centuries of brutal suffering on the part of Nahum’s countrymen under Assyrian rule, Nahum was among those who got to see the demise of this overlord.

Nahum’s poetry, widely praised for its vividness, depicts a God who is slow to anger but great in power. “The mountains quake before him, and the hills melt; the earth heaves before him, the world and all who live in it.” Near the end of the book, Nahum tells Nineveh, “Draw water for the siege, strengthen your forts; trample the clay, tread the mortar, take hold of the brick-mould! There the fire will devour you, the sword will cut you off. It will devour you like the locust.” In his final two lines, Nahum proclaims to Assyria, “All who hear the news about you clap their hands over you. For who has ever escaped your endless cruelty.”

What should a bible-reader today make of Nahum’s vivid language about God’s vengeance? Something I find illuminative about the book is that God’s vengeance appears to come through the violent forces of nature, whether they be wind, fire, flood, beast, or man. This should remind us of the superiority of God’s power to any natural, earthly force. Before Nineveh’s destruction, the Assyrian Empire was the most powerful and wealthiest militaristic force of the ancient world. Just a few years after Nineveh fell, however, the Assyrian Empire collapsed, and its prestige became a mere memory. That can be an especially useful reminder when various gatekeepers to worldly prestige tempt us to turn from God. In this present realm of nature we call the world, some may have an easier time than others, but for those of us who leave the world having severed ourselves from its maker, what awaits us after that, ultimately, is the same fate of the oppressors who met with God’s vengeance in the Book of Nahum. 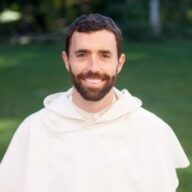