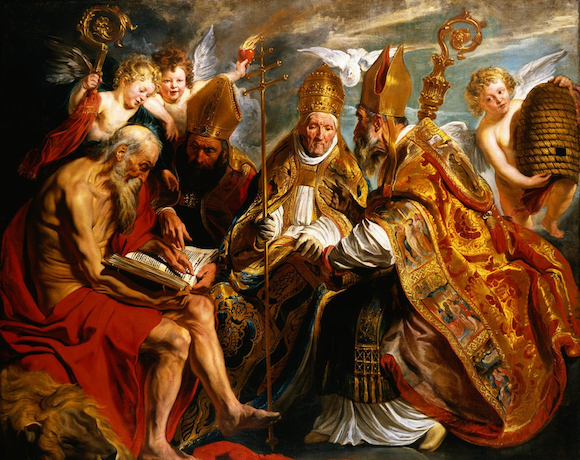 Our Christmas break is over now, and so we start a new series for the coming term on the eight traditional Doctors of the Church: four from the West (Gregory, Ambrose, Augustine, and Jerome) and four from the East (John Chrysostom, Basil the Great, Gregory Nazianzen, and Athanasius). Each week the student brothers will give a short biography of the saint, as well as hopefully giving some kind of idea about their theology. 2018 also marks the sixtieth anniversary of the death of Pope Pius XII, and so throughout the year we’ll be producing a more informal series looking at the teaching documents of Pius XII. His encyclical letters tend to be quite short and he wrote on almost everything from ecclesiology to marriage.

Finally, over the break, Brs Cuthbert, Thomas, and Vincent Anthony received the ministry of Lector at our Province Day in Leicester. Please pray for them and for all of the brothers in formation here in Oxford.

All the posts in the series: