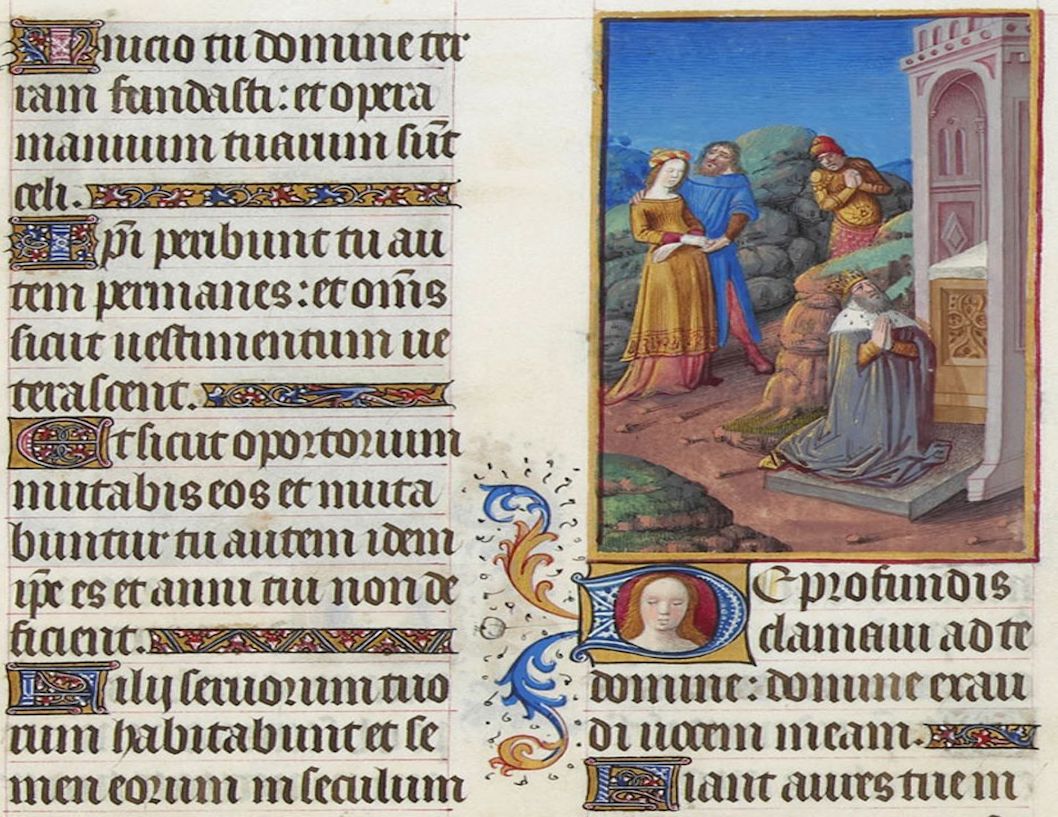 If not necessarily their favourite, Psalm 130 – the De profundis – is certainly a psalm very familiar to the English Dominican Friars. In our priories each day we pray this psalm for all brothers and sisters of the English Province throughout the centuries who have died on a given particular day. It is also said each week during Compline—night prayer—on Wednesday nights.

The psalm expresses the lament of an individual followed by an act of trust in the Lord. The last section of the psalm involves the person addressing the people of Israel. The person is in some sort of isolation from God. He asks how anyone can stand if the Lord marks their iniquities. The person is in the alienating ‘depths’ and cries out to God. He begs God to incline his ears, to be attentive, to his plea. The man stands in the place of many a sinner throughout the ages whom have turned to God as their hope and salvation.
In the latter part of the psalm, this individual’s cry of hope and trust in the Lord is directed towards the people of Israel. There is a shift from the individual to the community. Pope Benedict XVI says: ‘The Psalmist’s faith is grafted on to the historical faith of the people of the Covenant, “redeemed” by the Lord not only from the distress of the Egyptian oppression but “from all its iniquity”.’ The individual unites himself with the people. His hope ought to be the hope of the entire community of Israel. I am reminded of the line: ‘No man is an island.’ That which is for us, be it hope, redemption, God’s steadfast love, is also for all, not something we are to possess or hope for exclusively. This psalm reminds us of this reality that we belong to something bigger than just ourselves. More than this, our hope is not in vain, for we are told that the hope of Israel will be fulfilled by the redemption of Israel.
Categories:
Psalms