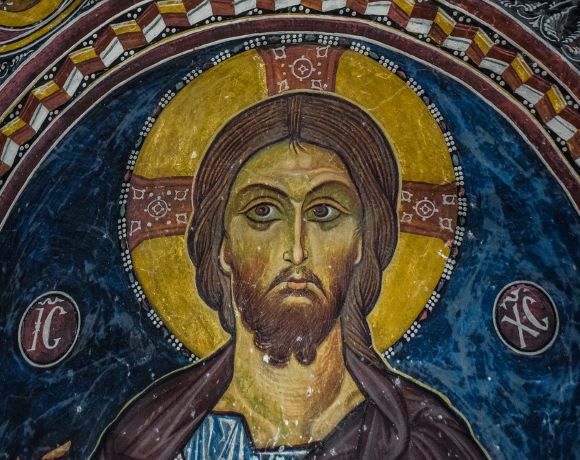 The God Who Speaks: Popularity, Jealousy and Conflict

By Br Thomas Thérèse, O.P. | Looking at the readings of the day Br. Thomas focuses on three themes: popularity, jealousy and conflict within their wider context of love. It is often love which provokes responses of popularity, jealousy and conflict but it is also love which satisfies the human heart not because of something love does but because it is. In God alone is our heart at rest (Ps. 62), the God who is love (1 John 4:16).

There are three related themes which strike me from today’s readings and their wider scriptural contexts: popularity, jealousy and conflict. These often are provoked by the presence of love. Indeed God himself describes himself as a jealous God (Deuteronomy 6:15) motivated by love and desire for his people. However when we speak of God as jealous we are communicating a truth about God’s passionate desire for the happiness of his people rather than his own satisfaction because of course the triune God being perfect is already satisfied in himself. God is not in competition with us or jealous of us. God has no equal or rival.

Our first reading focuses on the jealousy of King Saul because of the popularity of David, who will of course later become king. David is seen as a rival to Saul. Perhaps Saul sees his credibility, authority and power being usurped by David. Just prior to this incident (1 Samuel 18:1-5) Saul’s son Jonathan even makes a covenant with David, giving him his armour; perhaps this closeness is also something else Saul is jealous or resentful of. In 2 Samuel 1:26 we can see David’s love for Jonathan did not diminish; David laments the death of Jonathan in battle saying ‘I am distressed for you, my brother Jonathan; greatly beloved were you to me; your love to me was wonderful, passing the love of women.’ David is well-liked and the women sing songs giving him higher praise than Saul, the King. ‘Saul has killed his thousands, and David his tens of thousands.’ Saul takes no delight in David’s greatness.

In our Gospel we see the popularity of Jesus and the love people had for him. It seems like all the peoples of the world are gathering around Jesus. We see named cities predominantly Jewish such as Jerusalem but also Tyre and Sidon which are places predominantly Gentile.

Just prior to this Gospel in Mark, we read about five conflicts which take place between Jesus and the religious authorities but this does not discourage the crowds from coming, Jews as well as Gentiles. Jesus is a deeply disturbing and subversive figure for the world. We should avoid the temptation to sanitise him; whilst Jesus was unafraid of disagreement or upsetting people it was always an act of love for the purpose of cleaning out our wounds. He compels us to make a choice. He compels us to repent. I am sure the religious authorities, like King Saul, were jealous seeing in Jesus a rival not their Lord. One can imagine the people who are healed singing and dancing as they walk away, ‘Jesus has healed his tens of thousands’.

The various conflicts are about acts of love and fidelity:

(1) forgiveness (Mark 2:1-12): Jesus is called a blasphemer by the scribes for forgiving the sins of the paralysed man lowered through the roof by his friends;

(3) Fasting (Mark 2:18-22): Jesus is asked why his disciples do not fast unlike others by an unspecified group of people perhaps calling into question their holiness;

The people hear what Jesus is doing and they come to him. There seems to be something rather unceremonious and beautifully non-deferential, something expectant and filled with hope about the crowd pressing against Jesus. There is a desire to be with him. A sort of ‘if I can but touch him, everything will be okay’. Love calls to them. Why else do they come to him but to be loved? A love which heals. There is no rivalry here. It reminds me of the many other examples in scripture where people press against him, or touch the hem of his garment to the extent that Jesus is ready to move away into a boat. Many people are healed but interestingly we do not have a record of who these people thought Jesus is at this stage or what they believed he was doing or how he was doing it; instead it is the Demons who recognise Jesus and fall down before him. One might speculate this is not the sort of witness Jesus desires.

Mark is showing us the kingdom of heaven is at hand and it is much broader than the kingdom hitherto envisaged by Jesus’s contemporaries. Not only will all the ends of the earth see the salvation of our God but they will benefit from what they see. However, God’s elect are not merely elected for their own sake but to draw others to what is good and in the case of Jesus, the good, the reason for our existence and the God who is Love.
When we allow jealousy to eat away at us and the resulting conflict rather than rejoicing in the another’s good, who could possibly benefit? What good could this ever do for our soul? This is more than economic wrangling or cost-benefit analysis; this is about a relationship which makes us change our lives and returns things to how they should be. Let us then remember love alone which satisfies the human heart.