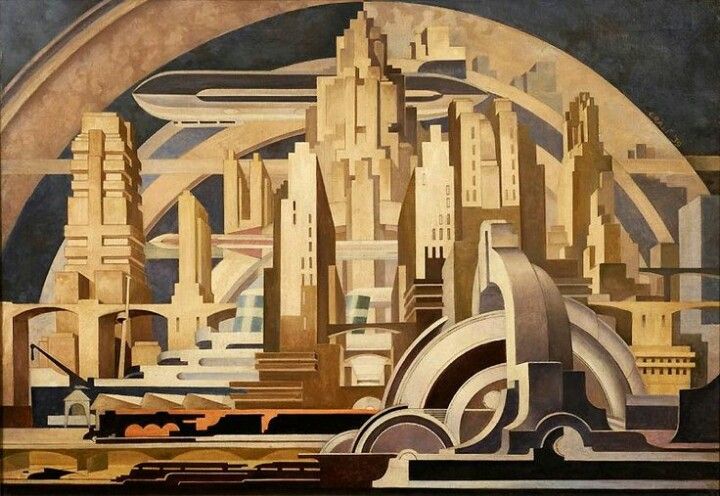 Today the Order of Preachers celebrates the feast of Blessed John of Fiesole, also known as Fra Angelico, a recognised renaissance genius.

His paintings lead him to be considered a true preacher in the arts, and a clear follower of that via pulchritudinis in which beauty is the channel between God and men. To be born in the XV century in Italy granted a profitable relationship with art and physical beauty, and indeed that was the case of Blessed Angelico, but also this epoch is the scene in which the flames of reformation and the strict observance movement took place, thus carrying a “renewed” understanding of the necessary tools for exercise a true religious life. Fra Angelico was one of those “observant” friars that in his time understood that his own life needed a serious reform and in order to transmit that belief, he didn’t spare even the integrity of his own priory’s walls.

The city of the Sun is the most famous work of Brother Tomasso Campanella, a Italian Dominican friar, friend of Galileo and one of the major exponents of renaissance humanism. This book, considered one of the first examples of utopian socialist literature, depicts the perfect order of a society incarnate in an ideal city in which every citizen is able to reach the final end of his existence through a perfect balance between community life, personal commitment to the end of society and personal relation with God. Among the many fantastic features that the city has, the painted walls are, in my opinion, the most interesting. Every wall of the city is painted with beautiful images in order to teach the people who pass by. Imagine that tomorrow morning the city of Oxford appears covering with images of mathematical theories or physical diagramas etc. (probably that would fulfil the historical role of this city of being the nourishing mother of human spirits). Clearly it was Campanella’s idea to foresee the perfect instalment of the kingdom of God, the celestial city, image of the perfected humanity, in which God will be the eternal guest, in the prodigious achievements of a well-ordered society. And everybody knows that this society needs, above all, education.

Campanella is one of those “atypical” Dominicans that entered into the scene of the renaissance civilisation of XV, XVI and XVII centuries. They were times of controversy, fear of the unknown, rebellious attitudes and, above all, of reform and revolution, a process that can found its beginnings in the late period of the middle Ages. It is difficult to count every single circumstance that shaped this period in the history of the Church, and yet is quite simple to identify the general character of it. The reformers are always people with outstanding capacities; they were people armed either with virtues such as tenacity and bravery or with their respective vices, stubbornness, pride etc. A reform is always an attempt to reconfigure institutions and the whole system in order to reach a higher level of identification with the ideal, and therefore, reformers are always romantic people in some way. Finally, and non less important, every single reformation entails fight and conflict, and, in most of the cases, a counter-reformation as a response.
We all know the names of the so-called Protestant reformers, those who were able to create separated churches and communities, but usually we find more difficult to remember the names of those reformers who didn’t break the unity of the church and even more, were able to infuse reform into the whole community: St. Theresa of Avila, St. Catherine of Sienna, Blessed Raymond of Capua, St. Ignatius of Loyola, St. Francis, St. Dominic etc. It seems that when a reform is successful and doesn’t involve a rupture it will be forgotten in time. However, this doesn’t mean that these reformers achieve their goals without confrontation, pain and sorrows. To be a successful reformer, like Christ himself, entails the way of the cross. Sometimes this way can even carry them out of the boundaries of the faith. To be a reformer is probably one of the most risky tasks in the life of the Church. For a successful painter and convinced follower of the narrow way like Fra Angelico, the crucifix is a recurrent topic.
A good example of this “legitimate” culture of reform is the Congregation of Lombardy of the Order of Preachers. It was a kind of special administration within the Order that brought together priories that wanted to live the constitutions in a stricter manner. Many of the most important friars and churchmen of the order in this period were members of this congregation: Saints like St. Antoninus of Florence or Blessed John Dominici, and Heretics like the well-known Savonarola. The strong contrast between these characters is telling us how difficult is to generalise the character of this reform and, even more, to have a clear idea of their intentions regarding the life of the Order. What makes Savonarola a heretic and St. Antoninus a saint? What are the differences between their intentions as reformers?
Probably the best answer of that could be found in the life of Brother Giovanni da Fiesole. He was, like Savonarola and St. Antoninus, a member of the Congregation of Lombardy. As a friar his life was in every respect the same in heroism and self-denial as that of the rest of the members of the reform congregation. He was also formed in the high standard of thomistic education and received the strong influence of the Dominican mystical tradition. So, how is he special? Savonarola was an outstanding example of all of this, why was he burned in Florence and Fray Angelico canonised? The answer is found in the fidelity to the main principle of every reformation, that is, the sublime aim to reach the true form of the entity in question. Reformation entails above all, reformation of oneself, that is, to move towards the life of virtues from the life of worldly customs, in other words, to clean and purify the circumstances that render oneself outside that ideal form. Every single talent and potentiality must be devoted to that achievement because is in that ideal where they find their true purpose, the final end of human existence. Without denying his talents, Fr Angelico was able to direct them towards the end of his religious life, and thus illuminating the way for many more Dominicans in ages to come. Fra Angelico wanted to be a friar, a Dominican friar, despise the fact that he could have been tempted to become a rich and famous secular painted. Savonarola denigrated the form of the friar with his excessive intromission in political life and eventually the prior quest for perfection ended in the stubbornness of a pride character. The example of Savonarola ended in tragedy and scandal and the legacy of Fr Angelico in the silent walls of the priory of San Marco in Florence where endures as testimony of the ideals of his life. If the goal of the Dominican reformation was to recuperate the rigor of religious observance, we can recognise that in the paintings of fra Angelico there is found a soul who lived in silence and obedience, challenging the world with his life of virtue and devoting the parcel of his existing to the humble and pristine task of being a friar of the Order of Preachers.
I don’t know if Campannella visited the priory of San Marco, but it is possible that what the citizens of the ideal city contemplate everyday is the plaster instruction in the life of virtues, the same as Fra Angelico painted in the Priory of San Marco, and in the minds of every Dominican who wants to live his Dominican life with heroism and perfection.
Categories:
Saints