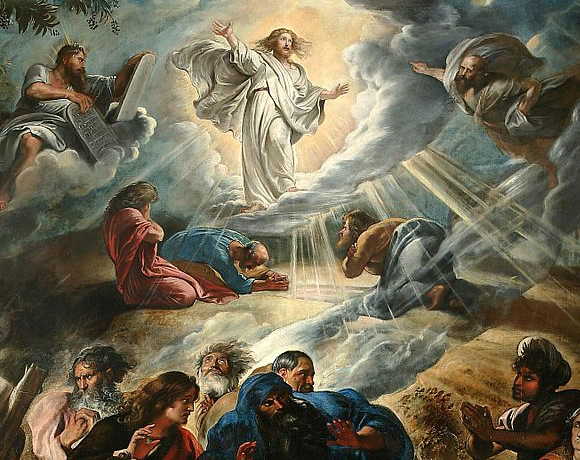 The Transfiguration: a Christological Mystery

By Br Albert Elias Robertson, O.P. | We normally think of the Transfiguration as just a way of inoculating us against the harshness of Holy Week, but Br Albert suggests that if we open up the mystery with the help of St Thomas, we can see the wonder of salvation wrought for us by Jesus Christ: true God and true man.

The luminous mystery of the Lord’s Transfiguration has not, in the west at least, been considered a prime datum of theological analysis, and as much as this has begun to change, still the mystery receives little attention. Some attempt has been made by the Church to bring this event in the Lord’s life to greater prominence: so, although the liturgical commemoration is still kept on 6 August in the middle of the summer, the gospel account is given as the reading for the Second Sunday of Lent each year along with a proper Collect, Prayer over the Offerings, and Post Communion Prayer to draw out the themes of the gospel reading. In popular piety, the Transfiguration is the fourth luminous mystery proposed to the faithful by St John Paul II.

Even with this more recent prominence we still seem to consider it in one dimensional way. In Lent the radiance of Christ is understood to be a showing of His divinity, to prepare us His disciples for the coming Passion. This is the standard interpretation given by St Leo the Great (Sermon 51), and finds its expression in the prayers for the Mass of the Second Sunday of Lent; ‘For after he had told the disciples of his coming Death, on the holy mountain he manifested to them his glory, to show, even by the testimony of the law and the prophets, that the Passion leads to the glory of the Resurrection’ (Proper Preface for the Second Sunday of Lent).

St Thomas is rather unique among western theologians in that he focuses on this event so much in his writings. Indeed, he offers the event significant treatment in his Commentary on Matthew which borrows extensively from St John Chrysostom’s Homilies on Matthew, but Aquinas also offers a consideration of these events in the Tertia Pars of the Summa where his focus is the mysteries of the life of Christ. As St Thomas says in the Prologue to the Tertia Pars, it is both the words and the actions of Christ which are teach and save us, and in his account of the Transfiguration, it is the actions of Christ that are most important. By looking at the events of the Transfiguration with St Thomas, we might be able to see this mystery in a fuller way: not just as something which inoculates us against the horrors of the bloodied and crucified Christ, but as something which unlocks for us how our salvation is wrought for us.

St Thomas begins with the standard approach from Pope Leo the Great: the glory of the Transfiguration was to show the disciples the end to which his death was aimed. All of the evangelists agree that the disciples were, to a greater or lesser extent, unable to grasp the true nature of Christ’s mission and so, just as the archer, Aquinas says, cannot shoot the arrow unless he has seen the target, so too the disciples had to see the bodily glory to understand the end of the Lord’s Passion (ST III, 45, 1).

But the second article is more interesting. Here St Thomas asks Whether this clarity was the clarity of glory? and begins with an objection from a gloss of Bede on Matthew’s Gospel where Bede says that the clarity was like future glory. In the Respondeo, however, St Thomas does something truly novel.

St Thomas first makes a distinction, that Christ in His transfiguration showed forth the clarity of future glory in its essence, but not in its mode of being. By making this distinction, St Thomas is able to make clear the nature of the Incarnation and the means by which our salvation is wrought for us. That Christ’s body was not Transfigured from the moment of His conception owes to the fact that Christ assumed certain infirmities through the Incarnation (ST III, 14, 1) so that the mystery of salvation might be achieved through a passible body. Agreeing with St John Damascene that the clarity of His body was derived from His Godhead, and here is the novelty, St Thomas adds that it was also from His soul, and by doing so he shows the Transfiguration to be a mystery of Christology.

The infirmities which Christ assumes at the Incarnation did not prevent Him from displaying the clarity of His body, as He did at the Transfiguration, but He could only do so in a temporary way. Why? Because Christ has a true human nature: ‘ …[Christ ’s] human nature has its proper operation distinct from the divine… ’ (ST III, 19, 1). So even though Christ’s human nature possessed grace in its highest degree and in the most perfect way (ST 111, 7, 9) and so was united perfectly with God, still this union does not, of itself, directly change Christ’s human nature. For Aquinas, Christ’s habitual grace flows as a necessary consequence of the hypostatic union, and so grace works in Christ as it does in us: His human nature is divinized by grace.

What does this have to do with the Second Sunday of Lent? In a few short weeks we will sacramentally commemorate the Lord’s passion, death, and resurrection, and while the Transfigured Christ shows us the glory that is to come after the violence and bloodshed, it also opens up to us the hidden depths of the mystery of how our salvation was wrought through a human body. I find Aquinas’ treatment of Christ’s passion in the Summa quite beautiful, and the questions are well worth reading during Holy Week. In all of these questions we see the relationship between Christ’s humanity and divinity playing out. In Question 47 St Thomas asks Whether God the Father delivered up Christ to the Passion? Answering in the affirmative, St Thomas tells us that it was the eternal will of the Father that Christ’s Passion should deliver the human race, and that the Father abandoned Christ to His persecutors. But the second reason is that, ‘…inasmuch as, by the infusion of charity, [the Father] inspired Him with the will to suffer for us.’ (ST III, 47, 3). Virtue and grace worked in Christ’s true humanity.

When we see the Transfiguration through St Thomas’s Christology, we can prepare ourselves properly for Holy Week, and perhaps see more clearly the awesome mystery of our salvation wrought for us in Jesus Christ, true God and true Man.