Twenty-sixth Sunday of the Year. Fr Allan White preaches on the danger of power and authority.

In today’s extract from St Mark’s Gospel John, one of the inner circle of Jesus’ disciples, complains about the success of an unauthorized person who has been driving out demons in Jesus’ name. There is a parallel in the Old Testament in the Book of Numbers, which we read in the first reading. The Book of Numbers tells of the gift of the spirit to the 72 elders of the people that followed on a dispute between Moses and God about food. The people were hungry in the desert and were complaining. The Lord promised to feed them. Moses doubted the power of God and said how are you going to provide food for all of these people? You must be joking, you can’t do it! The Lord answered Moses and said, ‘Is there a limit to the Lord’s power?’ Moses believed there were limits to the Lord’s power. When the spirit of the Lord fell on the 72 elders some of it also fell on Eldad and Medad. It was not limited to the 72 but overflowed onto two unsuspecting men who were just minding their own business in the camp. Joshua tells Moses that he should stop them prophesying. Joshua is now trying to set limits to the Lord’s power and says that God should really work through the authorized channels. Joshua is saying the Lord has given you and me power and authority. These other people should not be using it. Moses asks Joshua ‘are you jealous on my part? I wish all the Lord’s people were prophets.’ Moses had learned his lesson. God does not like to be told what to do by his servants. Don’t try to set limits to his power and tell him what he can and cannot do. Remember that any power and authority that you have comes from him to do his will, to build his kingdom and to work for good.

In today’s Gospel John speaks for the rest of the disciples. ‘We saw a man who is not one of us casting out demons in your name.’ He uses the words ‘we’ and ‘us’; why are they so put out at this man’s good work? A few verses earlier in the Gospel a man had brought his son who was possessed by a demon to Jesus for healing. He said that he had earlier brought him to the disciples, but they were unable to cast out the demon. The success of the unauthorized man had shown up the earlier failure of the disciples. He was able to do what they could not. They felt this failure keenly. Somebody who did not belong to the inner circle was successful where they had failed. John says, ‘we tried to prevent him because he does not follow us.’ They had tried to stop him doing good because he did not follow them. They seem to be having some leadership problems here. They had started their journey with Jesus. He summoned them to follow him, now they think that people who hear the word of the Lord are being called to follow them.

The disciples are taken up with their own power and authority. Power is given them to serve the kingdom, but it is easy to divert that power and authority to self-serving purposes. Priests have authority from God, but it is easy to use that influence for our own self-promotion, we can easily degenerate into money-grubbers, petty tyrants in our parishes, careerists, or snobs. Parents too are given authority in their homes for the good of their children. They can abuse that authority for selfish ends through possessiveness; never allowing their children to grow up. They can be authoritarian parents, always laying down the law and refusing to listen to any point of view but their own: ‘My house my rules.’ Children in their turn can be good at discovering just the right technique for manipulating their parents so that they do what they want. As they get older and discover their own powers they know just what to say and do to drive their parents into a frenzy of frustrated bad temper. All of this is a use of God-given authority for selfish ends. This is what the Gospel is about: how to use the authority given by God in his way not in our way.

Jesus gives a similar reply to John’s question to Moses in the first reading. He tells his disciples that they should not try and stop this man. In fact, they cannot prevent him because the man has been casting out demons in the name of the Lord. Speaking the name implies faith. The man has acknowledged the power of Jesus in his own life and now he is bringing others to the knowledge of that name. There is no magical property in the name. The man could not have exercised this authority without it being given to him. Why it was given to him is not clear. Jesus is telling the disciples that if they try to prevent it they are acting as obstacles to the unfolding of the kingdom. The Lord chooses his own instruments for the growth of the kingdom and to act as agents of his power. The grace of God is not confined in its operation to the college of the apostles or to the sacraments or to the Church itself. It can operate outside all of those instruments. When it does, it is always with a view to bringing others into communion with the Body of Christ. The grace of Christ is always directed to unity. It is designed to bring about communion. What is necessary is for those who stand within the body, within the communion, to be receptive to the impulses of divine grace which use unexpected channels to increase the vitality of its own life in grace making it resemble much more the Lord who gives it life and shapes it in the form of his own image.

That is why Jesus then gives an extended discourse on the importance of actually being what you are called to be. We should not be so much concerned about whether God is doing his job properly, as Joshua and John were, but whether we have cleared away the obstacles to his grace working in our own lives. John has forgotten the reason for which he was called. In Jewish tradition the various parts of the body were associated with sinful actions. So, theft would be associated with the hand for example, or covetousness or lust with the eyes. What Jesus is talking about is the comprehensiveness of sin, how it affects the whole of your life. If you have something wrong with your hand the whole of your body is affected.

Living the life of Christ involves a reconstruction not only of our life story, but also of our whole way of being in the world. The way we are involved in the world is through our bodies and the disorder of sin has a kind of physical effect on us. We do not function in the right way. The answer to this is not self-mutilation but understanding what our life is for. Jesus says we must have a broader and more generous vision of what life is about not a narrow vision such as John and the disciples seem to possess. He is saying that if certain aspects of our life seem to exceed our control. If we lose the harmony of the proper functioning of the whole of our existence then we have to undergo painful realignment. He uses the metaphor of amputation. Sometimes a diseased member of the body threatens the health of the whole and we have to do without it. Jesus is asking what is it to live a renewed, re-created human life? What should our priorities be? What is the vision we should operate with?

The beginning of the answer is the one he gives to John ‘stop worrying about whether God is doing his job. You are not God.’  Adam and Eve had started off by wanting to be gods and the consequence was a form of amputation, separation from the friendship they had enjoyed with God in the garden from which they were cut off. Jesus is saying ‘do not make that same mistake again.’ The path of return is a hard one. It is no easy journey, but it is much easier if you just leave behind what in fact you do not need. The vanity of John and the disciples was wounded by the success of the unknown, believing man in casting out demons. Jesus tells them they were so intent on seeing their own authority that they had failed to see the power of God acting for good in the lives of the needy. Their eyes had offended them since they had failed to see. Jesus says learn to see again and then you can walk in his ways. 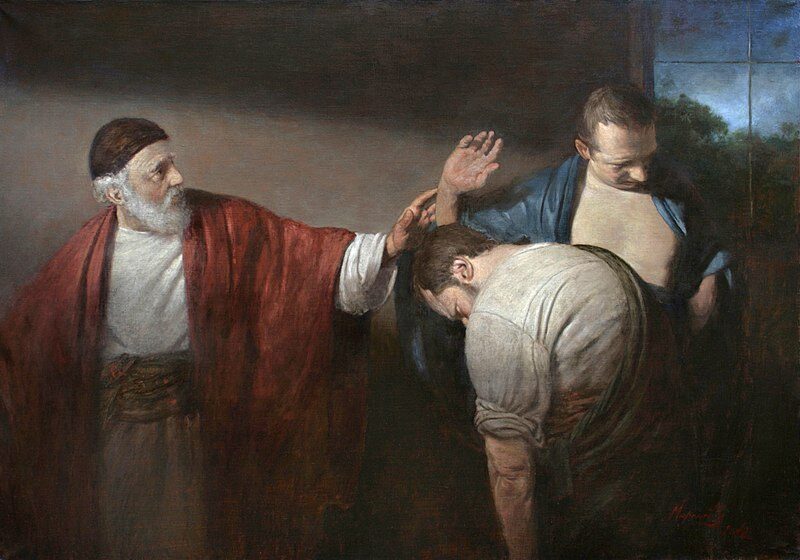 A Man Had Two Sons 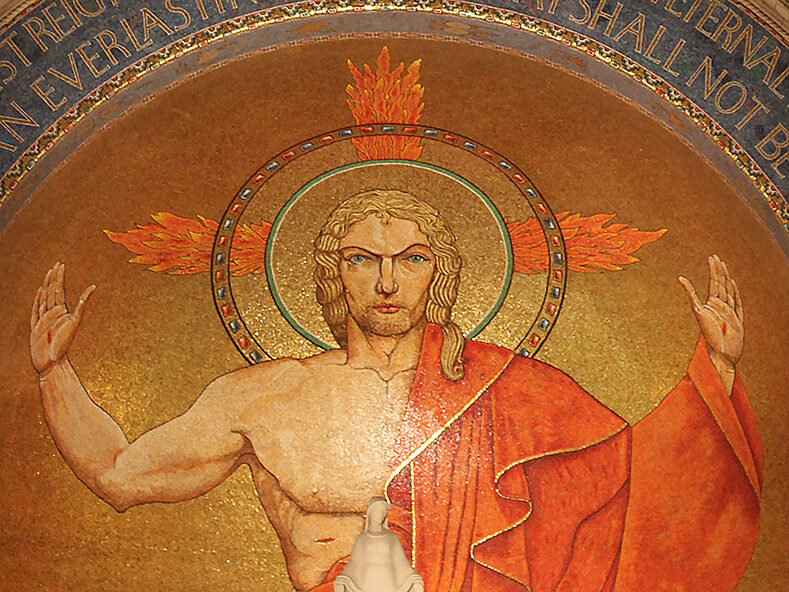 Better to Enter into Life