Nineteenth Sunday of the Year. Fr Aidan Nichols preaches on the virtue of hope.

‘Be like men who are waiting for their master to come home from the marriage feast so that they may open to him at once when he comes and knocks.’ These words are an encouragement by our Lord to practise the virtue of hope.

Not just any kind of hope, of course. There is such a thing as natural hopefulness where we dispose ourselves to be positive about the future: not yearning uselessly for the past where it has been good, not overborne by it where it has been bad, and neither frightened by the present nor complacent about it. That is certainly a very useful attitude to have in life. But it is one that, if are lucky enough to have it, we have taken up ‘off our own bat’, as we say, and it has in view no particular object other than our general welfare.

And that means, then, that it is not, in fact, the hope of the return from the marriage-feast. It is not theological hope. Some people may raise their eyebrows at this. Do Dominicans have to bring theology into absolutely everything? I’m afraid they do. Like the objectors, they live in a God-centred creation where divine action has already laid out the plan of human salvation. Part of living realistically has simply got to be taking full account of that.

Theological hope differs from natural hopefulness in two respects. First of all, theological hope – the Christian virtue of hope – is God-originated. It is a God-given way of thinking and behaving. Secondly, it has a specific content: our prospective sharing in the life of God – the Bridegroom of the marriage-feast – in the nuptials of heaven and earth.

We mark this twofold distinctiveness by saying that, along with faith and charity, hope of the Christian kind is a supernatural virtue. Unlike natural virtues, such as the human hopefulness just described, these dispositions – these habits of mind and action – are divinely infused and have God himself as their proper object. In the case of theological hope, that will mean more specifically God as the promised Goal of the history of salvation in which, as members of the Mystical Body of the Church, we have been caught up. And this, by grace, is a good fortune exceeding any we may be lucky enough to have by nature – either the nature we have inherited from genes or good nurture, or the further development of that nature that comes to be ours through the way the world goes – through the complex of ordinary events in which our lives unfold.

The Christian hope is that ‘All shall be well and all manner of thing shall be well’, to cite the most famous words of the fourteenth century English mystic Mother Julian of Norwich. But when we echo her words we must be careful what we mean. We don’t mean it would be nice if everything turned out as well as possible – which is the vague if pleasing object of natural hopefulness. The Christian hope is that all shall indeed be well because God has revealed that, with full effect, he himself will be the Joy at the end of the world, if we abide by his promise in faith and charity, the inseparable sisters of the virtue of hope.

Is there, then, no meeting-point between this supernatural hoping distinctive of Christians and the ordinary natural hoping that characterizes human beings at large? Possibly there is. Some years ago I noticed for the first time (was it recent, or had I been unobservant?) a popular (especially male) custom of greeting others – and returning their greeting – by the single word, ‘Alright’. Is that just an expression of natural hopefulness, a wish for the neighbour that some unstated natural good (maybe health, or prosperity) should be his or hers? Or is there more to it? Could it be a relic of Christian belief, what one sociologist has called a ‘rumour of angels’? Could there be a faint folk memory of truly theological hope, a sense impossible for anyone but an instructed Christian to articulate that the Good beyond the world is calling us – greeter and greeted – efficaciously to Itself?

Image: detail from a mosaic in Ravenna photographed by belgianchocolate (CC-BY 2.0) 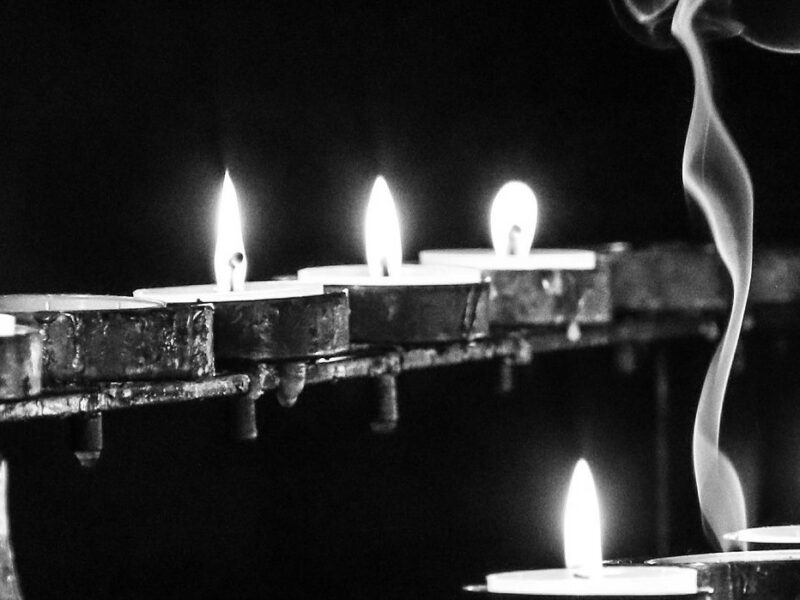