Solemnity of the Immaculate Conception. Fr Simon Gaine sees in Our Lady no objection to God’s grace.

Today’s feast celebrates divine grace and human freedom. Think of the saints of the Old Covenant, how God has to cajole them into doing his will. When God tells Moses to bring the Israelites out of Egypt, Moses just wants to know who he is to do such a thing. He thinks up excuses, and it could be the same with the judges and the prophets, and it can pretty much be the same with us.

But with our Lady, there is a greater freedom to respond, to participate in God’s saving plan. ‘Hail, full of grace, the Lord is with you.’ The angel’s arrival evokes many Old Testament scenes, including the story of Gideon in the Book of Judges, leading Israel into battle against the Midianites. Gideon is beating out wheat in the wine press to conceal it from the Midianite raiders. ‘And the angel of the Lord appeared to him and said to him, “The Lord is with you, you mighty man of valour.”‘ He greets Gideon just as the angel was later to greet Mary: ‘The Lord is with you.’

Gideon replies with a complaint. ‘Pray sir, if the Lord is with us, why has all this befallen us? The Lord has cast us off and given us into the hand of Midian.’ But God’s answer comes straight back from the angel: ‘Go in this might of yours and deliver Israel from the hand of Midian; do I not send you?’ So this valiant man is sent to rescue God’s people from their enemies. But Gideon responds to this call with objections: his clan is the weakest clan of his tribe, and so on. Didn’t Gideon know that God casts down the mighty from their thrones and raises up the lowly?

With Mary it is different. She is naturally troubled and puzzled at the angel’s appearing. But she has no objection that people will not believe her, as Moses did. She had no objection based on her youth, as Jeremiah did. She has no objection based on lowly status, as Gideon did. She could have asked where all God’s mighty and powerful deeds were or pointed out how Jewish land was occupied by the Romans. But she doesn’t. On being told she has found favour with God and will conceive and give birth to the Saviour, Mary enquires how this will come about since she is a virgin – a perfectly reasonable question, no objection – and on being told presents herself to God: ‘Behold, I am the handmaid of the Lord; let it be to me according to your word.’ She doesn’t run away or object to God’s plan, but willingly takes her part.

So what was the secret of Mary’s willing participation? We find an answer in ‘full of grace’ or ‘most highly favoured one’. Gideon had been greeted with a title: mighty man of valour. That was his gift for his mission, and Mary’s greeting indicates something about the divine favour that fitted her for her mission. ‘Most highly favoured’ means not just one virtue or another, but a complete gracing of a human life.

The immaculate conception means that our Lady was completely freed by Christ’s grace from sin, so that there was nothing to hold her back from God’s will, no sin to object to God’s plan and choice. Grace makes her too free for all that. Virtues always make us free so we can act more truly in difficult situations. Gideon’s virtue freed him from cowardice to stand firm in battle. Mary’s fullness of grace freed her from sin so to be fittingly the Mother of God.

This is the secret that underlies Mary’s free response to God’s plan. From the first moment of her existence, she was completely given over from the very root of her being to the God who sets us free. She continues in her freedom today to take her part in God’s plan, praying that we too will learn the freedom to respond to her Son, and leave our sinful lives behind. May we who celebrate today experience through her intercession the freedom her Son gives us, and so give ourselves anew to God as his sons and daughters, as sons and daughters of Mary. 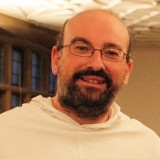