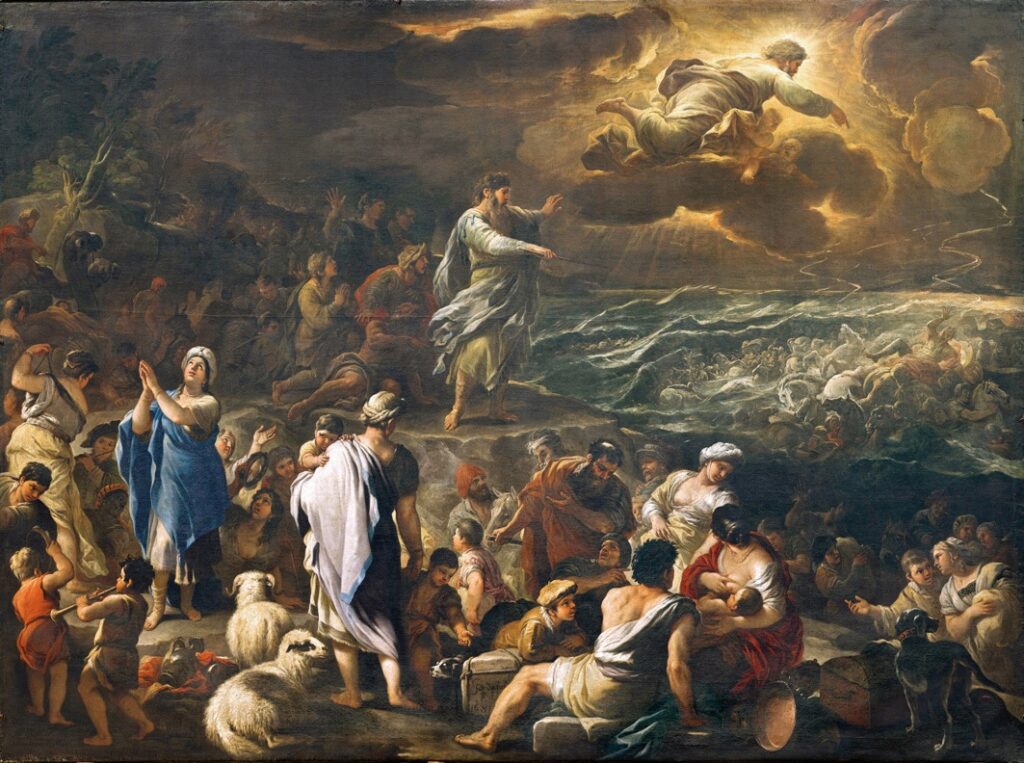 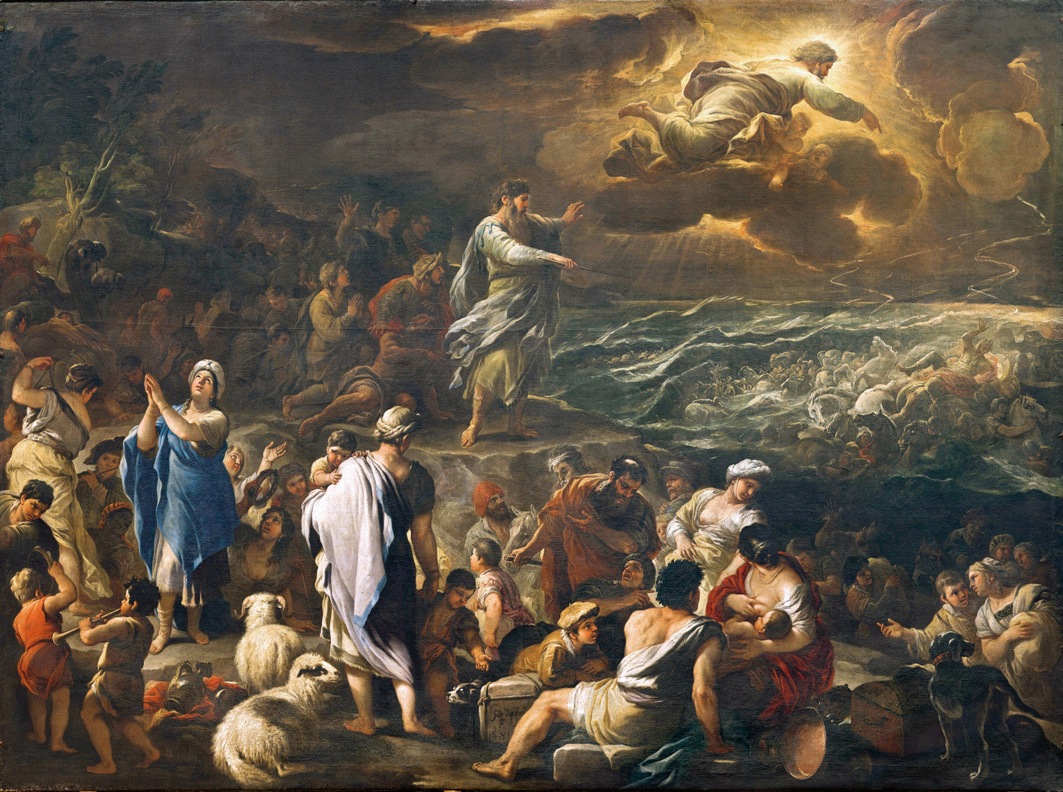 Godzdogz
Home  /  Godzdogz  /  Contemplating the Cross amidst the crowd

Contemplating the Cross amidst the crowd

Jesus told his disciples to “have a boat ready for him because of the crowd”. That boat is a symbol of the Church, by which the divinity of Christ is protected from a worldly crowd unable to see it, and the Cross which declares that same divinity through a sign of wordless love.

The passage we’ve just heard at first sounds a little bland, a rather vague summary of a few events – healings, the use of a boat to cope with a crowd, and the confession of unclean spirits – that are fleshed out in more detail elsewhere in St Mark’s Gospel. Yet, I think if we look at the context closely, an alternative spiritual reading of this passage suggests itself.

Let’s begin then with the immediately preceding verse, one that we didn’t hear at Mass today because it was occluded by the reading for the Feast of St Wulstan: “The Pharisees went out and immediately conspired with the Herodians against him, how to destroy him” (Mk 3:6). Already we have a dark turn. The crowd may not yet be hostile here, but we know from the end of the Gospel that this does not last. We might call to mind the great passion psalm, “fierce bulls of Bashan close me in” (Ps 21(22):13), or another psalm, “my foes encircle me with deadly intent” (Ps. 16(17):9).

Zooming out further, it’s also helpful to notice the wider context of Exodus typology in Mark, which serves to draw our attention to the mystery of salvation even in a Gospel text such as this one. The malevolence of the Pharisees that I mentioned concludes the account of the healing of the man with the withered hand. Here we have an allusion to Moses, who was given two miraculous signs to prove that he had been sent by the Lord, one of which was for his own hand to be made leprous by withdrawing it into his cloak, and to be healed upon removing it a second time. The second connection to the Exodus is the simple act of withdrawing to the sea, the movement that opens the passage we’re considering; not much on its own, but as a part of a series of references, we can take this as referring to the Red Sea; as Moses left behind his enemies in Egypt and set out for the sea, so too does Jesus take leave of his enemies. Thirdly, looking forward to Friday’s Gospel, our Lord ascends a mountain and calls the Twelve. As part of a growing network of connections to Exodus, we are led naturally to think of Sinai, at the foot of which “set up twelve pillars, corresponding to the twelve tribes of Israel” (Exod. 24:4). It seems then that this summary passage is precisely located at the Red Sea, between the departure from Egypt and the arrival at Sinai. A great image, of course, of the waters of baptism in which we are “buried with [Christ]… into death” (Rom. 6:4), but only so as to rise again with him.

I’m now going to suggest a way we can link our passage to the mysteries of salvation more directly, and two words in particular shall help me to do so: epipiptō (translated “pressed upon”), and proskartereō (translated ‘have ready’) – both of which are hapax legomena in Mark (i.e. words appearing only once), and so naturally arouse curiosity.

Epipiptō, translated here “pressed upon”. The crowd “pressed upon” Jesus, hoping to be healed. There’s no hostility in that per se, but if we consider the use of the word elsewhere in the New Testament, we might suspect otherwise. The more literal (and common) rendering of the word is “fell upon”. The Holy Spirit “fell upon” the household of Cornelius (Acts 10:44); the father “falls upon” the prodigal son (Lk. 15:20); fear “falls upon” Zechariah in the presence of the angel of the Lord (Lk. 1:12). I think what’s clear from these examples is that “falling upon” is almost always a divine prerogative. So, the very subtle spiritual hostility going on here, discernible by the reader at least, is a failure to reverently receive divine grace – and to try to take it for oneself instead. The crowd forces itself on Christ, aggressing him, trying to seize his miraculous power at will, in short, not recognising his divinity. Earlier in the Gospel a leper models for us the proper attitude: he kneels and says, “if you are willing, you can make me clean” (Mk 1:40); no less eager for healing, but all the more attuned to the sovereignty of God.

Moving on to the second word: proskartereō, “to have ready”. The solution to the problem of the crowd pressing in, attending now to the literal sense of the events described, is to have a boat at hand. But I’m more interested here in a possible spiritual sense, the crushing of the Lord’s divine “personality”. The boat, in a classic patristic sense, is the Church and it is the Church that is the supreme defender of Christ’s divinity. Just think of the Ecumenical Councils safeguarding the identity of Christ through precisely articulated Christological doctrine. We must also think of the liturgy and devotions by which we continually appeal to Christ with divine titles, especially “Lord”. How fitting then is the use of this same word, proskartereō, in the Acts of the Apostles and elsewhere, to describe how the disciples “devoted themselves” to prayer. That’s the base meaning of the word, “to persist steadfastly”. How vital is our liturgical prayer. Communal prayer gives us the words of the Church to constantly correct and compensate for erring human instincts about Christ, whether that be a careless use of the Holy Name, or more indirectly, the preaching, in word or deed, of a domesticated Christ whose divinity is swamped by trivialities and mundane concerns.

Finally, then, in this “little boat” that the disciples are to have ready, we have a glimpse of, in the words of the book of Wisdom, the “paltry piece of wood” (Wis. 10:4) that steers the righteous man to salvation. My reference to the Red Sea episode is hopefully clearer now. The most magnificent display of Christ’s divinity is his love, “for God is love” (1 Jn 4:8), and that is most fully revealed, not in healings, but on the Cross, that place where human weakness, as befits his twofold nature, is also displayed most graphically. We effectively uphold the divinity of Christ, then, when we remain close to his Holy Cross, and it is this that we shall do presently in the liturgy as we take up the Lord’s words from the Cross in the responsory of Compline: “into your hands, Lord, I commend my spirit” (cf. Lk. 23:46).