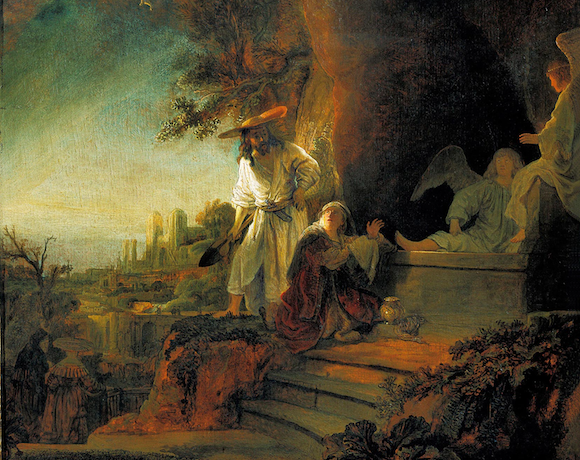 Most of us today are familiar with the cliche, ‘spiritual but not religious’. It’s such a cliche, that I’m not actually sure that people still say it, if they ever really did. But despite the cliche, it does reveal something about a particular mentality, not just in modern society, but of humans in general.

There is always a temptation to spiritualise religion, to spiritualise faith, so that Jesus becomes somewhat unreal, a mythical figure that people do not really know or try to understand. But the mystery of Easter pulls us kicking a screaming back to the fleshy realities of our faith. To participate in the Easter Triduum is not to attend some kind of dramatic or historical reenactment, but to physically live out the saving mysteries of our faith in our liturgy. The hope is that by faithfully participating in the liturgical rites of Easter, we can come to live the Christian life more intensely, by coming to know the mysteries of our faith more intimately.

The mystery of our salvation was wrought by Christ throughout his earthly life. John Donne saw Christ’s life as part of one long continuum, one long day. Describing Christmas Day he said, ‘He found a Golgotha, where he was crucified, even in Bethlehem, where he was born; for, to his tenderness then, the straws were almost as sharp as the thorns after; and the manger as uneasy at first, as his cross at last. His birth and his death were but one continual act, and his Christmas Day and his Good Friday are but the evening and morning of one and the same day’ (John Donne, Sermon for Christmas Day 1625). Seeing Christ in the wide angle view of His entire life helps us to focus on the physical, on the miracle that the Word became flesh, that God became a child, and that that child grew as any of us do, and experienced life as we do. Because of this, Good Friday leaves us with the stark reality that the hands that received the wounds of the nails were hands like yours and mine, that the side pierced with the lance as tender as any of ours, and that our sins were the cause of it all.

To wake up on Easter morning should be disorienting. This is not just from the physical exhaustion but because the certainties of our limited world view have been shaken. Christ’s Resurrection is as physical as his death and we now engage on a full eight days of hearing the different accounts of the Resurrection and the different experiences of the individual disciples. The body of the Risen and Glorified Jesus is physical and tangible; he can walk with the disciples on the way to Emmaus, cook and eat fish, and Thomas can place his hands in His wounds.

Christ and His Church hold out to us by this mystery the promise of bodily resurrection; that while we will experience the physical reality of death, so too we will in time experience the physical reality of resurrection that ‘will change our lowly body to be like his glorious body’ (Philippians 3:21). This claim is scandalous to many, simply unbelievable, or an example of child-like stories told to calm our fears of death. But we approach this day with the same awe and wonder of those first disciples. G.K. Chesterton writes about this beautifully when he says of the disciples that ‘in varying ways they realised the new wonder; but even they hardly realised that the world had died in the night. What they were looking at was the first day of a new creation, with a new heaven and a new earth; and in a semblance of the gardener God walked again in the garden, in the cool not of the evening but the dawn’ (G.K. Chesterton, The Everlasting Man). On Easter morning we celebrate this arrival of a new creation as our old certainties are shaken, but with a growing realisation of the splendour of the new creation around us.