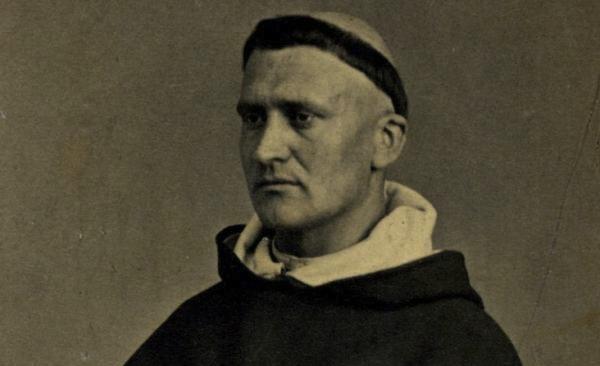 Godzdogz
Home  /  Godzdogz  /  Put the lamp on the lamp stand

Put the lamp on the lamp stand

Jesus tells us a lamp is to be put on the lampstand. Let us imitate Bl. Lataste who saw the Light of Christ radiating out of women in prison and refused to hide their light under a bushel.

The purpose of a Lamp is to enlighten, to provide light, and this is why you do not hide it. Of course in Jesus’ day lamps always had a flame and therefore also had warmth. Light is clearly something Good. Light helps us to see, it brings us security, it draws our eyes – it is attractive, we instinctively look at things which are bright. Warmth gives us comfort and reminds us of home. Why then would we hide or conceal something which is good?

There is a true sadness when we not only hide our own light but deny the light in others. When we do this, we deny the world hope. We deny something which is from God.

What is this light which we are to put on the lampstand? Is it not Jesus Christ, the light of the World? The Light which enlightens every human being. The light which has the power to transform every human person and shine out! The preacher tries to be that lampstand from which the light of Christ shines out.

One of my heroes is the preacher Bl. Jean-Joseph Lataste, a Dominican from the 19th century who in 1864 preached to a group of convicted women. He was dreading preaching to them. He saw them according to the flesh, like the World sees.

At first Lataste did not see the meaning in the lives of these convicted women, he did not see where God’s grace and providence was leading because he did not see them in the light of Christ. Society and even religious people had taught him they were undeserving of love, respect, and help. They who like Christ were publicly humiliated and shamed. The women were transformed by Christ’s light in the preaching of Bl. Lataste, Christ’s light dwelt within them. He gave them hope for their future. Lataste said: ‘God does not look on what you have done, he looks on what you are’.

Against the odds, and with much opposition from Religious as much as any one else, he founded a group of Dominican Nuns who still exist today. The Community of Bethany. Half of the sisters were to be convicted women, those he called ‘the rehabilitated’ and half those who had never been convicted and no one would know which was which.

In prayer, Lataste reflected on Jesus’ visit to the home of Mary and Martha. He found that in the Gospel Jesus preferred Mary Magdalene, the repentant sinner, to Martha who was in Lataste’s words ‘of inviolable virtue’. The Gospel tells us there is more rejoicing over one repentant sinner than ninety-nine who are righteous but do we live this truth? Lataste tells us ‘She who had been a sinner had advanced further in the way of divine love than Martha, the model of virtue… Happy are those whose past urges them on to a greater love, and happy those others who, in a sort of rivalry, redouble their own efforts in order not to be left behind’.

Isn’t Lataste right? Does Jesus himself not tell us in Luke’s Gospel: ‘“A moneylender had two debtors. One owed five hundred denarii, and the other fifty. When they could not pay, he cancelled the debt of both. Now which of them will love him more?” Simon answered, “The one, I suppose, for whom he cancelled the larger debt.” And he said to him, “You have judged rightly’. and again Jesus says: ‘Therefore I tell you, her sins, which are many, are forgiven—for she loved much. But he who is forgiven little, loves little’.

God makes many people saints in many ways which may seem strange to us. He uses the weak to shame the proud and the strong. Look at the parable of the Pharisee and the Publican. The Pharisee says thank God Lord I am not like that man, but that man was justified in the sight of the Lord and the Pharasee was not. He saved us in a way that looked strange. Look at Christ’s crucifixion! Here is a man stripped naked, who has his freedom and life taken away, nailed to the cross, mocked and humiliated as a criminal, publicly shamed, the object of scorn and anger, it was he who redeemed and transformed the world by his love.

Lataste brings to light a problem, ‘Dishonoured in the past but long ago rehabilitated before God, they must now be rehabilitated before humanity… They must be saved out of love for him who said: ‘The Son of man has come to seek and to save what was lost.’
Lataste found in and through his sisters that Lumen Christi which reverberates through the paschal Church. He refused to allow that paschal light to be hidden underneath a bushel.

So then the measure we will give out, Mercy, Forgiveness, Charity, will be the measure we get. If we have little charity for others even what little we have will be taken from us but if we have much charity for others, we will be given more. So then, may we be illumined and enlightened by Christ the true light who enlightens every human being, illumine us Lord like you enlightened Bl. Lataste, so we may illumine and enlighten others, set us alight with your Charity Lord that we may set others alight with the warming fire of divine love, grant us the grace to be that lampstand from which your light and warmth shines out in the darkness and grant us Lord the grace if we do not love sinners, not to preach to them but to preach to ourselves.