Godzdogz
Home  /  Godzdogz  /  The Assumption of the Blessed Virgin Mary

The Assumption of the Blessed Virgin Mary 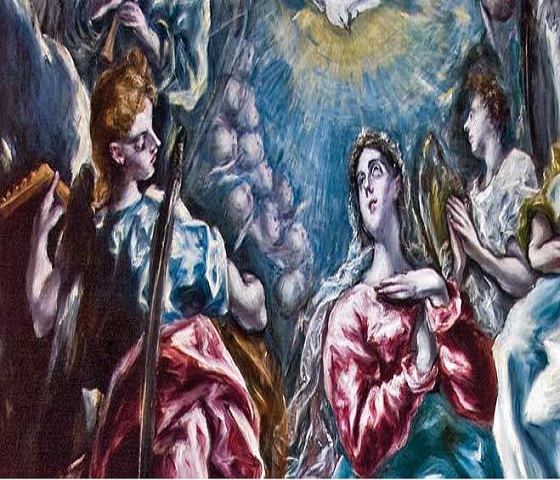 Recently I have started reading fairy tales again, prompted by GK Chesterton’s great love them, and, in particular those of George MacDonald. I have always enjoyed them, but my appreciation of them as an adult far outweighs that of my youth. One of the regularly recurring themes that I have become more aware of is that of destiny. To the reader it is clear what the hero or heroine is supposed to do. We also have a pretty good idea that they will end up doing what they are supposed to, albeit with an aberration or two along the way, and that the good will triumph in the end. The idea of destiny can easily be confused with predestination, but the thrill and drama of fairy tales lies in the important difference. With predestination the ending is inevitable, but with destiny it is only desirable.

Today’s Solemnity points to our ultimate destiny. It shows us what God desires for us, what He made us for. God desires that one day we, like Mary, should be raised body and soul into heaven, but because of His loving gift of freedom, our destiny will only be fulfilled with our cooperation. Mary is a model of that cooperation with God that leads us to our destiny. Mary shows that the path to our destiny is not the most comfortable one: it would have been so much easier for her to say ‘no’ at the Annunciation; to decide that being beside the Cross was too grisly a place to be. There’s a quote – regularly misattributed to Pope Benedict – which sums up the destiny we have been called to, and, at the same time, disabuses us of the notion that it is something other than the Way of the Cross: ‘You were not made for comfort; you were made for greatness’.
The perennial battle that we face in evangelisation is persuading others that our freedom and God’s will are not diametrically opposed, but it’s also the battle that each believer still has to fight if we’re honest with ourselves. Mary is our exemplar in showing us that true freedom consists in following God’s will, not resisting it. This requires trust, and we see this trust throughout the life of Mary. It requires humility to say that my immediate desires, my immediate notion of what is good for me right now, might be mistaken. But common sense and experience show us that this is clearly the case. Pope Benedict argues that Mary’s life show us that we need not fear ‘that God might be a “rival” in our life, that with his greatness he might encroach on our freedom, our vital space. She knew that if God is great, we too are great.’
The Assumption points to this greatness that God has bestowed upon us. The Church does not declare dogmas lightly. Even within the declaration of the dogma of the Assumption, it is left open as to whether Mary died or not before she was assumed body and soul into heaven. Therefore there must be something of great importance which the doctrine tells us; something more than just reinforcing what a good example – the best example, in fact – Mary is of following Christ. Karl Barth, whilst vehemently disagreeing with it, certainly thought the doctrine important. He argued that Mary’s Assumption and other Marian doctrines disclose ‘the one heresy of the Roman Catholic Church which explains all the rest! The “mother of God” of Roman Catholic Marian dogma is quite simply the principle, type and essence of the human creature co-operating servant-like (ministerialiter) in its own redemption on the basis of prevenient grace, and to that extent the principle, type and essence of the Church.’
What then do we learn as we celebrate today’s feast? The doctrine shows how God has exalted ‘His lowly Handmaid’; it shows, in the words of Saint John Paul II, ‘the saving power of Christ and His will to unite His elect intimately to Himself’. In His supreme goodness, the incarnate Son does not will to be alone, neither on earth nor in heaven, and He has elevated us to the dignity of participants in our own redemption.
As Matthew Levering writes, ‘[Mary’s] bodily Assumption, then, precedes [and points to] the general resurrection because of her unique participation in her Son’s Incarnation and thus also (as his mother) in His public ministry and Crucifixion. Having uniquely dwelt with her, her Son uniquely exalts her’. The Assumption points to the goodness of the body, as well as the soul, it points to the goodness of the Incarnation and its reality. God does not remain distant from us. He is with us; he is there in our pain and our joy; our messiness and our moments of grace. The Assumption is truly good news and worth celebrating.
Categories:
Our Lady