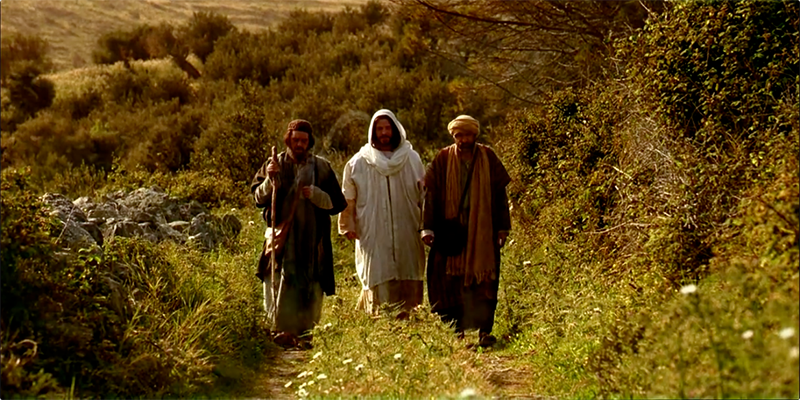 Imagine a situation where you are in the middle of a seven-mile walk, and a traveller begins walking alongside you and another friend on the journey. You have never met this stranger before, but he seems to know more about you than is comfortable. “What are you discussing?” is how Jesus opens the conversation with Cleopas, one of the disciples walking to Emma’s.

The two disciples on their journey were so focused on the aftermath of the death of Christ that they were stopped from recognising Jesus as he appeared beside them. Was it their lack of faith that caused them to not recognise the Lord?

Of course, the other thing you can do when speaking to a stranger is to accidentally insult them with something you say. In their description of the events following the resurrection of Christ, the two disciples give a rather lukewarm response when the stranger asks about Jesus of Nazareth. Even when the stranger says to them “How foolish you are, how slow of heart to believe all that the prophets spoke”, the two disciples still do not seem to recognise Jesus. He is still hidden from them, as they are still stuck in their parochial worries rather than embracing all that Jesus taught them for the last three years.

The Road to Emmaus is often given as a story of how some Christians are ‘on the books’ so to speak, but their Christian life revolves around day to day concerns, weekly projects, and waiting for the month’s salary. Cleopas and the other disciple on the road to Emmaus, rather than traveling to the tomb to investigate the story of Jesus being risen from the dead, instead went in the opposite direction. The two disciples still did not recognise Jesus when he had arisen from the dead as the scriptures prophesied, and started walking beside them on the road.

There are parallels between the story of the road to Emmaus and the Christian life. How many times have we been told that Jesus is truly present in the body and blood of Christ in the eucharist, and not believed it? How often have we thought about going to confession, but not bothered going, or adopted a cafeteria-Catholic attitude to the Church teachings we dislike? The two disciples on the road to Emmaus seem to be cowardly, resisting the truth about Christ. They seem to be running away from the movement that Jesus founded, rather than giving it their best. Do we as Catholics believe the full message of the Church, or do we pick and choose the bits we like?

The two disciples began to recognise Jesus when he took bread, said a blessing and handed it to them. They remembered the last supper and their eyes were opened, recognising him. Do we recognise Jesus when we receive communion? The story of the disciples on the road to Emmaus is one which resonates with all Christians at one point in our lives. The crucial thing is, of course, to reflect on life experiences and pray that our eyes are opened to the truth.

On Easter Sunday, Mother Angelica, the founder of the Eternal Word Television Network (EWTN), died at the age of 92. One of her sermons features the story of the disciples on their journey on the road to Emmaus. 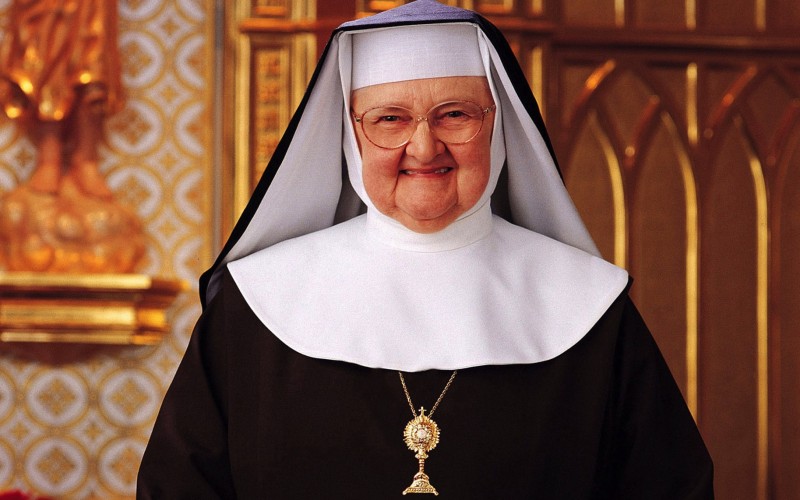 In her live televised sermon, Mother Angelica pointed out that sometimes we get so obsessed with one thing in life, we do not recognise the Lord. “When the mind is closed, the heart is closed as well”. Mother Angelica also commented that we are often not aware of the mystery of the Mass. We are supposed to see in the sacrifice of the Mass what God did for us, and continues to do for us. May her soul rest in peace, and let us pray for the continued success of the EWTN that she leaves as her legacy.