Pentecost. Fr Bruno Clifton offers a fresh understanding of the link between today’s Solemnity and the story of Babel.

In many modern European languages, the word for ‘tongue’ and the word for ‘language’ is the same: we’re familiar with this in English too.

This is also the case with the Greek of the New Testament, and so the connection between the ‘tongues like fire’ (Acts 2:3) and the ‘languages’ uttered by those gathered together on the day of Pentecost (2:4, 11), would be clear for those hearing this story or reading the Acts of the Apostles in the early church.

Pentecost is often read in light of an Old Testament story set in a primaeval time. In Gen 11:1 we find that ‘all the earth had one lip (language) and few words’. The story of Babel concludes in censure as the pride of humans who build a tower to heaven results in confusion and scattering. In this way, accompanying the tales of the forbidden tree (Gen 3) and the murder of Abel (Gen 4), we find another reflection on the effects of sin entering the world: unity becomes division, the tale seems to teach.

Last week we heard Christ praying for unity (John 17:21-22) and, with the outpouring of the Holy Spirit, the speaking of many languages is often read as undoing Babel and gathering what has been scattered into the one Body of Christ.

But returning to the verbal connection between tongue/language in Acts, another perspective seems on offer. The tongues of fire are said to be ‘divided’ (Acts 2:3) and the languages are said to be ‘other’ (2:4).  The fifteen nations who hear the Galileans speak, hear in their diverse languages, not unified as one (2:11). Is Babel undone? In what sense is unity and gathering achieved by the divided tongues of fire?

The prophets recognise that a gathering of all nations to Jerusalem is a sign of God’s victory (Isa 2:1-3; 66:18; Jer 3:17; Zech 8:22-23). Nevertheless, the Old Testament’s main vision is of a people set apart, chosen out of and distinct from all the peoples of the earth (Deut 7:6; 14:2). And this vision persists among Jesus’s disciples, for when the Spirit is poured out on pagans and Gentiles, some find it challenging (Acts 11:1-3; 15:1), despite the great commission of Jesus to ‘make disciples of all nations’ (Matt 28:19). It seems unfair that the spirit is poured out on all mankind (Joel 3:1) after all that Israel has undergone as chosen people of God: like the vineyard workers that receive a day’s wage after one hour’s work (Matt 20:1-15).

Such reluctance to share salvation is rooted in a worry about meaninglessness; a concern not to lose what makes us distinct, or cherished. This fear produces the world’s divisions and hatreds – we push others down to build ourselves up.

Can we read Babel in a different way? Returning to the series of tales that begin our Bible, we see God bless the newly created humans with a command – ‘be fruitful, multiply, fill the earth…’ (Gen 1:28). Against this background, Gen 11 appears as a tale of ignoring this instruction; of refusing to be scattered like seed for a harvest. The ‘few words’ of the earth (11:1) is thus a limitation, a narrow perspective, a closing in onto selfishness. Humans are no longer the seed that falls on rich soil, yielding a harvest of hundred, sixty, thirty (Matt 13:8; Mark 4:8; Luke 8:8), but a divided force, as each people seeks to fight its own corner against their neighbour.

Pentecost is a Jewish harvest festival when the book of Ruth is read, the story of a foreigner—a Moabitess—who seeks belonging within Israel. Nowhere is it claimed that Ruth becomes an Israelite, yet she does become the ancestor of King David as the two threads, chosenness and universality, are woven together.

The predicament is how to acknowledge God’s blessing on all peoples, while avoiding absorption into anonymity; how might the prayer of Christ for unity be realized across all nations, without diluting distinctiveness? Equality and diversity are hard to keep together.

As the day of Resurrection dawned, we heard the Exsultet which praised the Paschal candle – ‘a fire into many flames divided, yet never dimmed by sharing of its light’.

Fifty days later, we hear the Pentecost Sequence in praise of the Holy Spirit – ‘Bend the stubborn heart and will; melt the frozen, warm the chill’.

The divided flame of the Holy Spirit allows us to see that the infinite diversity of God’s creation is rooted in the unity of his love. Here is equality, that all peoples are chosen by God to receive his Spirit to perfect their distinctiveness, something Peter and the apostles slowly came to understand.

‘God who knows the heart bore witness to them, giving them the Holy Spirit just as he did to us; and he made no distinction between us and them, but cleansed their hearts by faith’ (Acts 15:8-9).

Image: detail from Tower of Babel by Pieter Bruegel the Elder, taken from ThomasThomas 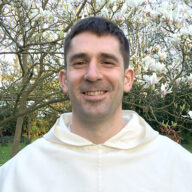