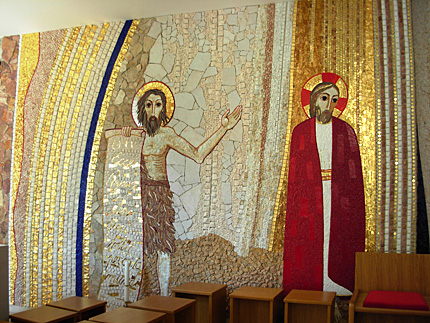 Zechariah becomes deaf and mute since he does not believe in the good news brought to him by the angel. Only when we open our hearts to the good news of the Gospel, we can find our vocation and be in relation with our brothers and sisters.

Being deaf and being mute are strictly interconnected. Most of the time, what happens is that children who are born deaf cannot learn how to articulate sounds properly. Learning a new language, then, is very much a matter of listening – as I have been experiencing myself in the past months!

In today’s Gospel, we see how deafness and mutism are both present in John’s father, Zechariah. We already knew he had become mute since he had not believed God’s promise that he and his wife would have a son at their age. But now we discover that he is also deaf since his neighbours and relatives had to make signs in order to communicate with him.

Again, being deaf and being mute appear linked with each other. In Zechariah’s condition, we can detect more than a mere physical limitation. Zechariah becomes deaf because he did not believe in God’s promise delivered by Gabriel, who is said to have come to bring him good news, literally “to evangelise him”. It is astonishing how we are often more likely to believe in bad news and be heavily influenced by its dark power instead of grounding our life, even our daily mood, on God’s eternal good news.

This happens to Zechariah, a priest of the Old Covenant standing in the temple to worship on behalf of all the people, while his heart was not ready to welcome the unexpected gifts of God. Zechariah, whose name means “God has remembered”, doubts the words spoken to him by the angel and becomes unable to talk to the people who were waiting for him outside. Yet, Zechariah was supposed to know very well that the God of Israel has never abandoned His people. Remembering has been overcome by forgetfulness!

Closing our ears to God leads to cutting our bonds with others. God’s Word, instead, constantly causes us to be His beloved children and so brothers and sisters of each other. Its content is summarised in the words that Jesus receives at the beginning of his public life: “You are my son, my beloved’. Only by trusting this Word, which grounds our deepest being, we can build bridges with other people as bearers of the same love from God. Otherwise, we are mute. If we should imagine what hell looks like, it must be the triumph of incommunicability, loneliness and mutism…

But with God, nothing is lost. As soon as Zechariah remembers and fulfils God’s desire for his son to be called John, he regains his ability to communicate. Listening to God teaches him a new language, which is no longer the language of hopelessness and pessimism. A stream of blessing and prophecy springs from his heart and the entire region is amazed by the works of the God of Israel, who has again visited his people. Another extraordinary event to add to the list of times in which God has remembered!

The focus is now on this baby whose first days on this earth already foretell a wondrous future. What then will this child be? Every child, after all, carries this same potentiality full of energy and hope. Ten years ago, in Italy, a young woman died of cancer shortly after the birth of her son. Her name was Chiara Corbello, and her beatification process is currently ongoing. To her son, Enrico, she left a letter for his first birthday, with these words: ‘You are special, and you have a great mission. The Lord has always wanted you, and He will show you the path you have to follow if you open your heart to him’.

This is the mystery of vocation that every individual is given from the very beginning of life. Our vocation is not a fixed straight path imposed by God nor an ideal job we strive to obtain. Rather, it is the mystery of a dialogue in which God always has the first Word, and it is up to us to keep this divine conversation alive across the easy and challenging moments of our life. This is what John the Baptist did for many years in the desert, attending to the Word of God in order to understand and fulfil the unique mission he had been given. Again, it is essentially a matter of listening!

This baby in the Gospel receives from his father Zechariah – now in new harmony with God – the name “John”. His whole life will be the instrument through which God will prepare the world to receive His Word, that same Word which has so deeply upset his father’s life and which continues to fill with wonder our stories. He will be just the voice for that Word that comes from God and leads to Him.

Happy feast, then, to all of us who have had the gift to be called John since we are born; but also a happy feast to every woman and man in the world to whom is addressed the good news that the name “John” carries in its meaning: God is grace. 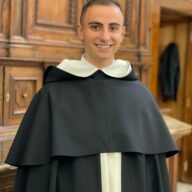 Br Giovanni Castellano was born in Italy in 2000. He attended high school in his small town in Sicily, and then he joined the Order of Preachers in the Province of St Thomas Aquinas, in southern Italy. After one year of postulancy, he entered the noviciate in 2020. He is now living in Oxford, where he is beginning his first year at Blackfriars Studium. Before becoming a friar, he enjoyed travelling a lot, and so is it now, as well! In his free time, he likes reading good books and spending time with old and new friends.
giovannicastellano.00@gmail.com 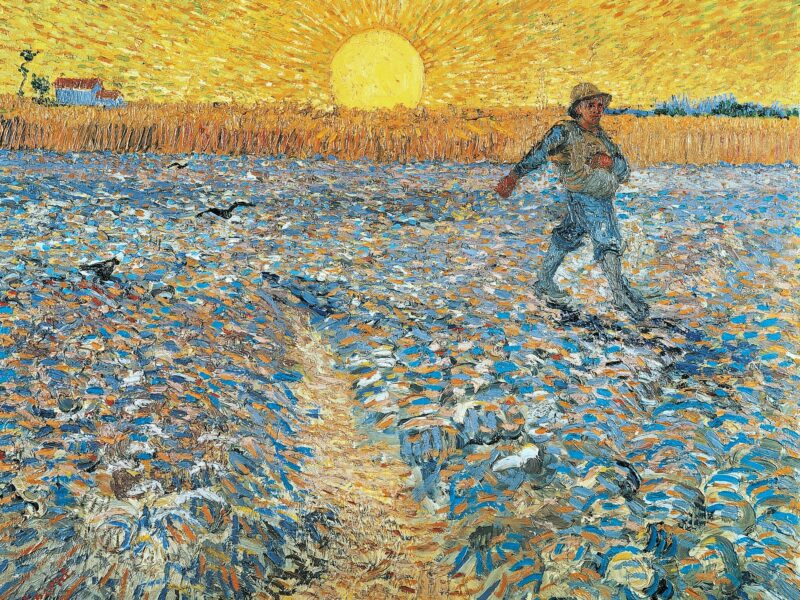